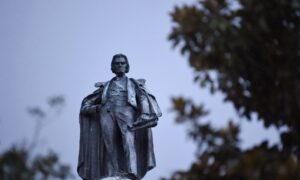 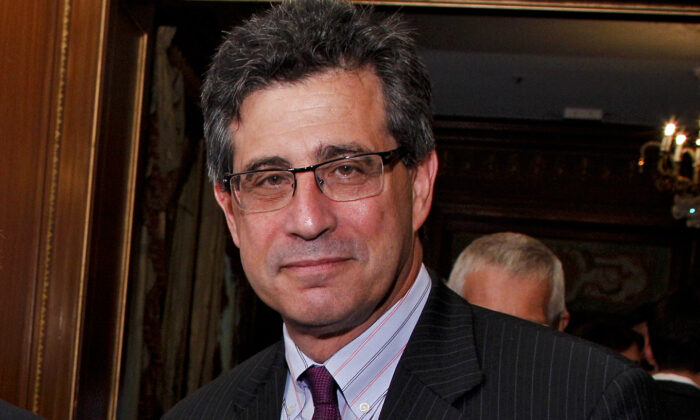 The announcement of the resignation of Howard Bauchner, MD, Editor-in-Chief of the Journal of the American Medical Association (JAMA) in June following a podcast and tweet that was deemed racist, provoked angry reactions from medical professionals. Dr. Bauchner was put on administrative leave following a February JAMA podcast titled “Structural Racism for Doctors: What Is It?” hosted by JAMA Deputy Editor Edward Livingston, MD.

Dr. Livingston was excoriated for saying: “Structural racism is an unfortunate term. Personally, I think taking racism out of the conversation will help. Many of us are offended by the concept that we are racist,” in the podcast which was promoted by a JAMA tweet reading: “No physician is racist, so how can there be structural racism in health care?”

The reaction was swift. An Institute for Antiracism in Medicine petition with nearly 7,000 signatures called for a “formal review” of JAMA leadership and Aletha Maybank, MD, the AMA’s chief health equity officer called the podcast and tweet “a demonstration of structural & institutional racism,” on Twitter. “I am furious,” she added. Dr. Livingston resigned in March.

Dr. Bauchner apologized in an audio message on the JAMA site calling the podcast “offensive, hurtful” and affirming that “racism and structural racism exist in the U.S. and in health care.” In a released statement Dr. Bauchner said he was “profoundly disappointed in myself for the lapses that led to the publishing of the tweet and podcast. Although I did not write or even see the tweet, or create the podcast, as editor in chief, I am ultimately responsible for them.” He added he has “always supported the AMA’s commitment to dismantling structural racism in the institutions of American medicine, as evident by numerous publications in JAMA on this issue and related subjects, and look forward to personally contributing to that work going forward.”

US Physicians Weigh In

Physicians who spoke to The Epoch Times objected to the forced resignation of Dr. Bauchner and capitulation of JAMA to activists who have been increasingly successful in removing public figures from their posts. “The failure of the AMA’s leaders to stand up to the ‘racist’ allegations of the ‘woke’ mob is disgraceful. Evidently, principle and decency count for little if anything anymore,” said Paul Leber, MD, Director at Neuro-Pharm Group, LLC.

Dr. Leber currently consults on strategic and technical matters related to clinical investigations that establish if a new drug is safe and effective for use. He formerly served as the FDA Director of the Division of Neuro-Pharmacological Drug Products where he was responsible for the monitoring of clinical research and the evaluation of new drug applications in neurology and psychiatry.

The Epoch Times also asked Chris Gonzalez, MD, a physician practicing in New Orleans, whether the swift termination of Bauchner’s decade-long career as JAMA’s Editor-in-Chief was justified. Ousting a public figure is easy compared with tackling real social change like fixing our public schools and violent, dysfunctional cities, Dr. Gonzalez said. “The current group of hypercritical people are more concerned with being morally right than factually right—they are just posturing and playing to their constituencies. Because they lack a grand plan, when they encounter disagreement they end all dialogue and discussion as we saw with Dr. Bauchner.”

There is also an undercurrent of paternalism to much white anti-racist activism said Dr. Gonzalez, “as if, without white help, blacks would go nowhere or can’t help themselves.”

Referring to the message in the JAMA tweet, Dr. Gonzalez said, “Stating that ‘no physician is racist’ was a mistake of hyperbole but the reactions make a mountain out of a molehill. Dr. Bauchner should not have bent over and apologized. He should have simply said, ‘I meant to say the ‘vast amount of physicians are not racists.”’

Medical professionals posting on the website MedPage Today were less charitable than Drs. Leber and Gonzalez about the resignation. “False accusations of racism are as destructive of reasonable discourse as is actual racism [and] create this absurd ‘canyon of self-righteous,'” posted James Carmine.

“Another one falls to wokism on steroids,” wrote Edwin Leschhorn “If you say anything nowadays that could remotely offend anyone, you run the chance of getting crucified.”

“Another example of a system gone amok and eating its own children,” wrote Edward Smith. “Reminds me of the French Revolution, absent the guillotine…a good man was forced out of a lifetime of good works, as [many] have been and will be under this new system.”

“This witch hunting garbage is one of the main reasons that I dropped AMA membership years ago,” wrote Charles Christian MD.

Commentators did not immediately respond to requests for further comment by The Epoch Times.

Some resolutions drafted at the American Medical Association’s (AMA) Special Meeting in June 2021 may also provoke controversy that triggered Dr. Bauchner’s exit. Delegates directed the AMA to advocate for “the removal of sex as a legal designation on the public portion of the birth certificate, recognizing that information on an individual’s sex designation at birth will still be submitted through the U.S. Standard Certificate of Live Birth for medical, public health and statistical use only.”

The reason for such a seal is because gender information “perpetuates a view that sex designation is permanent and fails to recognize the medical spectrum of gender identity,” said AMA Board Chair-elect Sandra Adamson Fryhofer, MD.

Physicians who spoke to The Epoch Times said the resolution demonstrates how deeply the transgender movement, sometimes viewed as a fad, has infiltrated society and medicine; only a few years ago sex designation was considered permanent with the acknowledgment of a small percentage of outliers, they said.

Keeping gender information on birth certificates private “represents some crazy, inherent bias by people who want to run their whole world on the basis of ‘the exception,'” said Dr. Gonzalez. “If you knew the temperature were going to be below zero on one day, would you wear a jacket every day?”

Dr. Leber said he takes exception to the concept behind gender affirmation itself. “What, pray tell, is ‘gender-affirming care’? To whom should it be given, at what age, and for how long?” he said. “What qualifies someone to be a provider of such care? What objective evidence, if any, establishes that ‘gender-affirming care,’ provides a substantive benefit? If there is, what is the source of that evidence? Has any of the evidence supporting its ‘benefits’ been adduced in valid clinical experiments?”

Dr. Leber also suggested that negative aspects of gender-affirming care are not given enough consideration. “What evidence establishes that the benefits of ‘gender-affirming care’ outweigh its risks?” he said. “It is self-evident that until the medical profession is in possession of the answers to these and related questions, it is, to be charitable, far too soon to claim” the benefits of such care.

Another resolution drafted at this year’s AMA meeting is a call for the establishment of alternatives to the Department of Homeland Security’s illegal immigrant detention such as “caseworker assignments, home check-ins, ICE check-ins or telephonic monitoring.” In 2019, acting Homeland Security secretary Kevin McAleenan told a Senate panel that 90 percent of asylum seekers released into the United States, as the detention-alternatives would do, skip court hearings—a phenomenon some call “Catch and Release.”

Whether it’s Dr. Bauchner’s forced resignation or the new AMA resolutions, there is one thing on which most in the medical community agree: the way controversy is handled today is dramatically changed from more civil times.