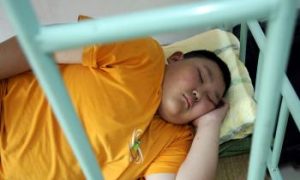 Olympics and Physical Fitness of Chinese
0 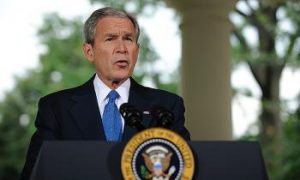 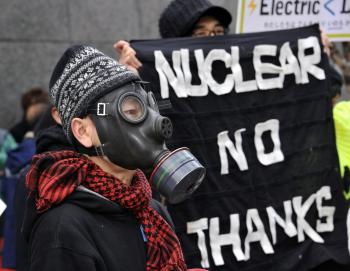 A protester wears a gas mask to protest against nuclear plants in front of the Tokyo Electric Power Co. headquarters in Tokyo on March 27. In light of the nuclear crisis continues in Japan, Physicians for Global Survival are calling for a moratorium on new nuclear reactors in Canada and a suspension of operations at existing reactors on fault lines. (Yoshikazu Tsuno/AFP/Getty Images)
US

VANCOUVER—As the nuclear crisis continues in Japan, Physicians for Global Survival are calling for a moratorium on new nuclear reactors in Canada and a suspension of operations at existing reactors on fault lines.

PGS said that unlike x-rays, which have little effect on human health due to their limited exposure, radioactive emissions from nuclear power plants expose entire populations and are “gifts that keep on giving.”

“There is no safe level of radiation exposure,” said Dr. Michael Dworkind, ex-president of PGS, in a press release.

“Only recently, scientists discovered that background natural radon was responsible for an estimated 20 percent of lung cancers in Canadians. The same scientists estimate that 20 percent of childhood leukemia occurs as a result of exposure to natural radiation.”

According to the U.S. National Academy of Sciences, any exposure, but especially long-term exposure, increases the risk of developing cancer.

“Human fallibility being what it is, the only way to avoid nuclear accidents is to not build nuclear reactors,” said Dr. Birkett, a long-time board member of PGS.

The organization stressed that medical treatment for radiation exposure is still limited. Among other radioactive isotopes, iodine-131 can cause thyroid cancer when absorbed through inhalation and ingestion. Yet iodine pills can only provide minimal protection against the absorption of iodine-131.

PGS is particularly concerned about a large radioactive release to densely populated areas and the financial effects of an accident.

“The public health risk from a large radioactive release from Canadian reactors near densely populated areas around Toronto is substantial,” the release said.

The Ottawa-based organization is calling on the federal government and the Canadian Nuclear Safety Commission to immediately implement a moratorium on new nuclear reactor licensing and design certification, and to suspend operations at nuclear reactors on fault lines while a safety review is conducted.

The call comes just as a new nuclear project is proposed for Ontario. Ontario Power Generation is planning to build two new reactors at its Darlington generating station—a move welcomed by the Canadian Nuclear Association.

Carpenter said the new nuclear units would meet the Ontario government’s commitment to maintaining nuclear power at 50 percent of the province’s energy supply and provide jobs for up to 7,500 workers directly and indirectly across the province.

“At home and abroad, our industry is participating in discussions on lessons learned from this event and how to address any necessary changes required to enhance safety systems.”

South of the border, President Barack Obama said last week that the U.S. will continue to endorse nuclear energy, but future plants will be built based on lessons learned from Japan’s crisis.

“Right now, America gets about one-fifth of our electricity from nuclear energy,” Obama said at Georgetown University on March 30. “We can’t simply take [nuclear power] off the table.”

Obama has called for a comprehensive safety review by the Nuclear Regulatory Commission to make sure all domestic nuclear facilities are safe.