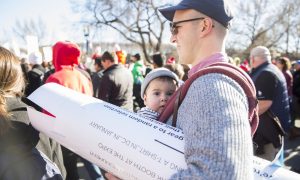 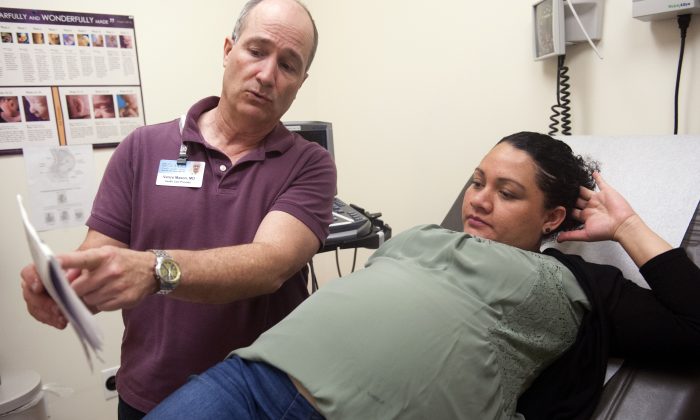 Physicians Are People Too: The Case for Conscience

“No provision in our Constitution ought to be dearer to man than that which protects the rights of conscience against the enterprises of the civil authority,” said Thomas Jefferson in 1809.

There’s a powerful drive to strip physicians, and other health care professionals and institutions, of conscience exemptions. Physicians aren’t conscript soldiers, goes the argument, so they don’t need to be exempted from certain expectations of the job they find morally objectionable. If they’re unwilling to abide by the conditions of the government that funds them, they’re free to quit their jobs.

As the movement for state control of health care gains strength (supported by the medical establishment, the bioethics movement, Democrats, and even professional associations), the autonomy and professional judgment of physicians are constrained.

The right to be exempted, on grounds of religious conviction or strong moral belief, from actions that the physician or institution (say, a Catholic hospital) considers gravely wrong (such as terminating the life of an unborn child) is under dire threat. The right to protection against the enterprises of the civil authority, so dear to Jefferson and once to advocates of civil liberties, such as the American Civil Liberties Union, is set aside.

Physicians must agree to practice according to government specifications if the Medicare for All Act of 2019 (H.R. 1384), which, in this respect, reflects medical establishment opinion, ever becomes law.

Even when these provisions require violation of the Hippocratic Oath—as understood and sworn to for more than 2,000 years—even when they involve killing rather than healing (e.g., through abortion and abortifacient drugs), participating physicians must surrender their moral agency to the government and the will of patients.

If the “treatment” is legal and in accord with accepted medical practice, whether right or wrong, the practitioner must do what the patient wants.

There has been a rapid shift from condemning to tolerating abortion in certain circumstances, to making it optional for patients and mandatory for professionals. The legally binding U.N. Declaration of Human Rights and Declaration of the Rights of the Child affirm the rights of the child before as well as after birth. But U.N. officials now pressure sovereign member states to establish abortion as a legal right.

Now, the U.N. Human Rights Committee says that governments “must provide safe, legal and effective access to abortion … where carrying a pregnancy to term would cause the pregnant woman or girl substantial pain or suffering.” Ominously, in terms of conscience rights, the committee asserts that no laws or measures may be enacted that could “compel women and girls to resort to unsafe abortion, … including barriers caused as a result of the exercise of conscientious objection by individual medical providers.”

But does your legal right to an abortion imply a legal right to demand its provision, let alone a physician’s duty to assist you? The argument against conscience exemptions in health care is often framed as a conflict between a patient’s right to treatment and a professional’s (or institution’s) right to refuse treatment.

In this way of talking, the personal is contrasted with the professional, the idea being that a professional has a duty to provide whatever services are legal and demanded by clients. The supposed right of the pregnant woman to “treatment” invariably prevails over the conscience of the professional.

The American College of Obstetricians and Gynecologists says that pro-life physicians must refer patients seeking an abortion to other providers and, in emergency cases involving the patient’s physical or mental health, must actually perform abortions.

This is what the Medicare for All Act would impose, and it’s the law in some jurisdictions, such as Victoria, Australia. This approach treats conscience as one value among others, a value that can and should be overridden in the interest of other obligations that outweigh it in a given circumstance. Private beliefs or personal conscience must give way, in this view, to public duties.

Where conscience is considered at all in these rulings, it’s seen as a private, purely individual thing, like an inner voice with no greater claim to legal or constitutional protection than the voices in the head of a schizophrenic. This account of conscience runs counter to the traditional understanding of the term, according to which conscience is your final, best practical judgment, all things considered, about the right thing to do in the situation. It involves a claim to truth, one that can be defended in the public sphere, not a private vision.

If I say abortion is a grave evil, I’m not simply expressing a private preference. Forcing me to collude in or perform an abortion would be coercing me to do evil, to do what in my best judgment is morally wrong. It places a heavy burden on me that is unnecessary to public order and the protection of others’ rights, unlike, say, constraining someone from acting on a belief that it is a duty to kill heretics or sacrifice children.

Whether or not the First Amendment protects all conscience claims (I don’t believe it does), it’s good policy and conducive to a harmonious society to, wherever possible, bend over backwards to protect the “rights of conscience”—especially those of dissenting or unpopular minorities—“against the enterprises of the civil authority.”

A Duty to Refer?

A frequently overlooked aspect of this new drive to force health care providers to subordinate their consciences to the wishes of patients is that it fundamentally shifts the balance of rights and powers between professional and patient. It strips professionals of their full moral responsibility and reduces them to a kind of robot or machine that delivers what the customer demands.

Professionals’ right and duty to use their judgment about what is required, indicated, or morally permissible in the situation is stripped away in favor of a kind of patient “empowerment” that radically disempowers, even dehumanizes, the health care professional.

Is it a reasonable compromise to require a pro-life physician who refuses, on grounds of conscience, to perform an abortion to then refer that patient to another provider who will do it? No. If it’s gravely wrong, as the Hippocratic Oath affirms, for a physician intentionally to kill a person, by abortion or any other means, it’s also wrong to get someone else to do it.

If it’s a heinous evil for you to murder your spouse, it’s no less wrong to hire someone else to do it for you. If it’s wicked for me to help you kill your inconvenient and demanding child, it’s also wrong for me to refer you to a professional hitman.