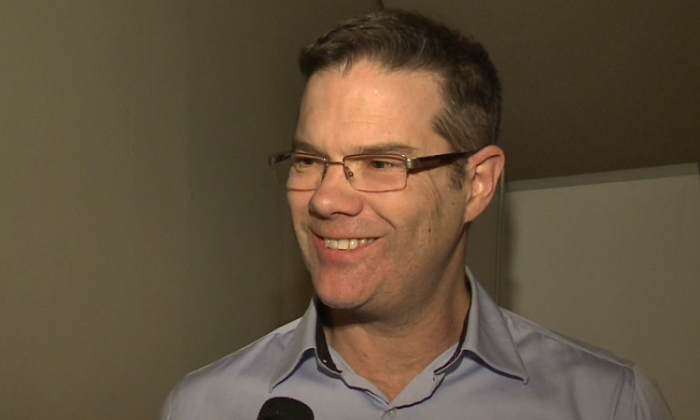 Dr. Pravin Shukle saw Shen Yun for the first time on Thursday and was impressed. (Courtesy of NTD Television)
News

OTTAWA, Canada—Despite a day of heavy snowfall, the sold-out audience at the National Arts Centre in Ottawa gave Shen Yun an impressive reception on opening night.

After seeing the show for the first time, physician David Adams said that he liked it very much, as the music was very inspiring and brought a lot of emotion.

The hallmark of Shen Yun is classical Chinese dance, an art form developed during 5,000 years of China’s history. As it continually evolves, the dance system is one of the most complex and complete in the world. Those with an appreciation for dance express amazement at the agility, athleticism, and technique of the dancers.

“The synchronization is amazing,” Dr. Adams said, adding that the dances were very coordinated and well-timed.

According to its website, Shen Yun’s mission is to revive 5,000 years of divinely inspired Chinese culture.

The performance presents a series of stories or mini-dramas that showcase the essence of traditional Chinese culture and values.

In addition to the dance-stories, the performance includes vocal soloists, a full orchestra, and animated digital backdrops that add depth and context to each dance.

Dr. Adams said that what he will be taking away from the show is “the beautiful colour and the dance and the softness.”

‘Walking in heaven with the phoenix’

Dr. Pravin Shukle, an Ottawa-based physician, saw Shen Yun for the first time on Thursday and was impressed by the artistry, spirituality, and variety of the performances.

“It was everything from singing to dancing,” said Dr. Shukle, who also appreciated the costumes, animated backdrops, and the show’s comedic elements.

Two dances particularly stood out for him. One is the story-based dance Sand Monk is Blessed, a tale from the Chinese classic Journey to the West, which features the celebrated character Monkey King.

He and his fellow disciple Pigsy come upon a man-eating ogre that terrorizes a village. Then a tale of courage and redemption unfolds.

Dr. Shukle, who had read the story as a child, was happy to see it come to life on stage.

“The value of her friends coming to her aid, the value of the human spirit, of strength, of believing, I thought that was quite good,” he said.

He was also struck by the dance Phoenix Fairies, in which heavenly phoenix maidens dance with celestial grace, beauty, and elegance.

Dr. Shukle was impressed by the beauty and spirituality of the dance, as well as the movement and colourful brilliance of the costumes.

“I was actually quite happy to watch it. I enjoyed watching that particular piece,” said Dr. Shukle, who said he felt more peaceful while watching the dance.

“You feel like you’re walking in heaven with the phoenix,” he said.