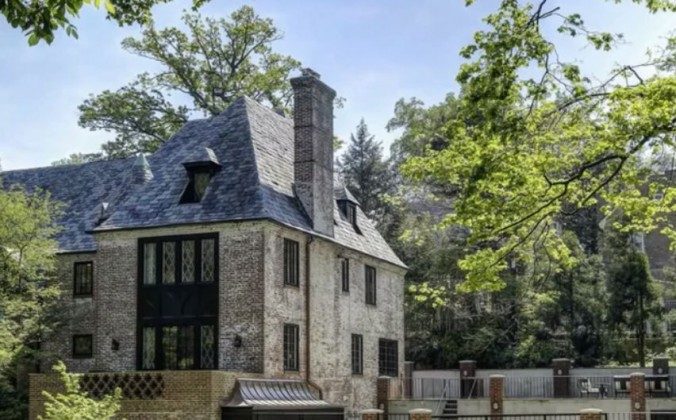 New photos of the mansion where President Barack Obama and his family will stay after he leaves the White House later this month have surfaced.

According to photos published by TMZ, a brick wall was seen being built by a construction crew.

Obama is renting the home, located in D.C.’s Kalorama neighborhood, and it will be the home of Sasha Obama until she graduates from high school. The home also needs to be outfitted for Obama’s Secret Service detail.

OBAMA BUILDS A WALL… around his new home! pic.twitter.com/hpADWRCTJG

The 8,200-square-foot mansion—which was built in 1928—has nine bedrooms and eight and a half bathrooms.

Realtor.com last month reported that the home was undergoing renovations for Secret Service additions, and Obama might have to work out of a home office converted from the house’s garage.