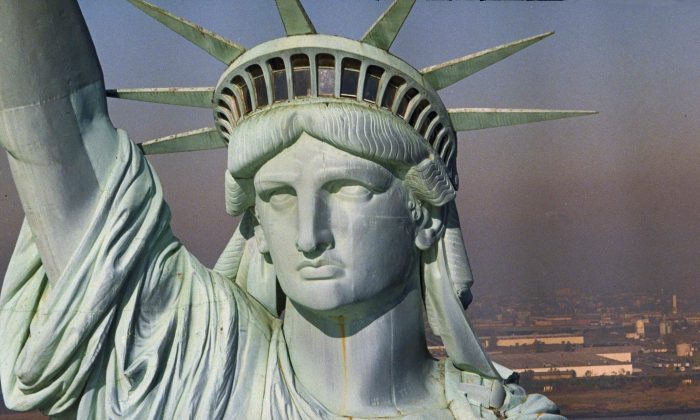 Some of Earth’s most iconic World Heritage Sites are in peril because of climate change, says a UN report released on May 26.

“Some Easter Island statues are at risk of being lost to the sea because of coastal erosion. Many of the world’s most important coral reefs, including in the islands of New Caledonia in the western Pacific, have suffered unprecedented coral bleaching linked to climate change this year. Climate change could eventually even cause some World Heritage sites to lose their status,” said Adam Markham, lead author of the report and Deputy Director of the Climate and Energy Program at UCS (Union  of Concerned Scientists).

The report says environmental changes are contributing to changes in the global landscape, like the melting of polar ice sheets and glaciers, more severe storms, floods and droughts, more and larger wildfires, and changes in species distribution and ecosystems, all of which are impacting World Heritage Sites in different ways.

“The monuments, buildings and archaeological treasures of cultural World Heritage sites, however, usually cannot move and are therefore inextricably tied to locality, place and living cultural practices and traditions,” said the report.

“Cultural resources lose part of their significance and meaning if moved and, once lost, they are gone forever,” it added.

The UN recommends that governments, the private sector, and tourists coordinate their efforts to decrease carbon emissions and protect the “world’s most treasured” sites from adverse tourist activity.

“There is no time to be lost, however, as global temperatures have already risen by 1ºC,” states the report.

These are some of the World Heritage Sites in peril:

The rock-cut Elephanta Caves were built around the mid-5th to 6th Centuries AD. The site is identified as being at a long term risk from sea-level rise, according to a recent study. UNESCO says the saline activity and general deterioration of the rock surface are affecting the caves.

Angkor is one of the most important archaeological sites in Southeast Asia. Like other fragile sites, concern has built up over Angkor because of the impacts from mass tourism.

The park is home to just under half of the world’s remaining endangered 880 mountain gorillas. However, the human population surrounding the park along with habitat degradation, disease transmission from humans, and incidental deaths and injuries as a result of poaching for other species are threats to the gorillas. Warmer temperatures also put the animals at risk. A 2010 study says that up to 75 percent of the gorillas’ current habitat could be lost under severe climatic change.

Yellowstone was widely held to be the world’s first national park, created in 1872. Climate change has impacted the area. Temperatures in the Rocky Mountain states where Yellowstone is located have risen by 1.17 degree C since 1895, with the greatest change recorded in the last few decades. The hotter temperatures have led to shorter winters at the park, while 70 percent of snow monitoring sites in the park showed a sharp decrease in snow from 1961 to 2012. Lakes and wetlands in Yellowstone have shrunk in some parts of the park. Warmer temperatures are also contributing to large fires across the west.

The Statue of Liberty

Probably the most famous statue on Earth, the Statue of Liberty in New York City is at “considerable risk,” states the report. The vulnerability of the site was clear during Hurricane Sandy on 2012, when 75 percent of Liberty Island was inundated. The statue is at risk especially because of sea-level rise, increased intensity of storms, and storm surges. The damages at Liberty Island and the famous immigrant-welcoming site, Ellis Island, cost more than $77 million. The Statue of Liberty was forced to close down and was re-opened on July 4, 2013, while Ellis Island remained closed to visitors until October 2015.

The islands, which are home to a variety of species, was described by Charles Darwin as “a little world within itself.” But climate change is threatening the biodiversity on the islands because of rising sea levels, warming oceans and atmosphere, ocean acidification, and changes in rainfall and extreme events. The location is at risk in particular because of the El Niño phenomenon, which affects the coral reefs as bleaching occurs. Scientists say there will be a decline in numbers of giant tortoises, marine iguanas, sea lions, and penguins due to global warming.

The Neolithic monuments of the Orkney Islands off the north coast of Scotland and at Stonehenge and Avebury in southern England are at risk. The sea-level rise and increasing storms are accelerated coastal erosion are threats in Orkney. At Stonehenge and Avebury, the locations may be sensitive to increasingly extreme weather, including storms and flooding, according to the report. The U.K. overall has seen sea levels rise at varying rates around the nation’s coast, along with hotter and drier summers, and warmer and wetter winters.

The city, which was founded in the 5th Century, has seen its waters rise by about 30 centimeters since the end of the 19th Century. But the problem has now become more severe because of sea-level rising. The UN says hundreds of buildings and monuments in Venice have already been damaged by rising waters. The city is at risk also because of high number of tourists, says the report.

To see more World Heritage Sites that are in peril, the report can be found here.