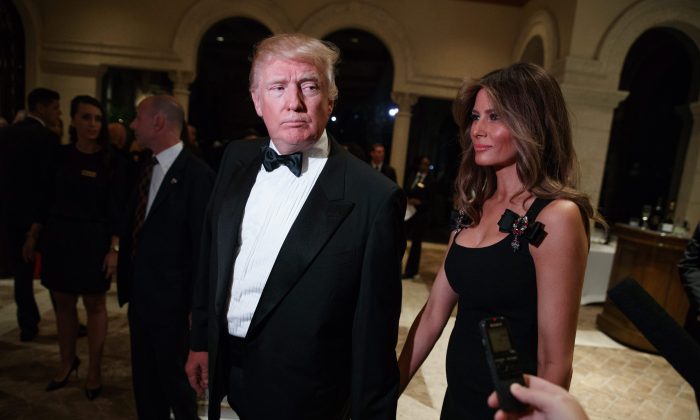 A guest at President Donald Trump’s Mar-a-Lago resort in Florida apparently took a picture of a person carrying a black bag known as the “nuclear football,” which carries the nuclear launch codes for the president.

“He carries the ‘football’ The nuclear football (also known as the atomic football, the President’s emergency satchel, the Presidential Emergency Satchel, the button, the black box, or just the football) is a briefcase, the contents of which are to be used by the President of the United States to authorize a nuclear attack while away from fixed command centers, such as the White House Situation Room,” a caption of the Facebook photo reads. The photo was later taken down.

The photos show the man carrying the briefcase.

“It functions as a mobile hub in the strategic defense system of the United States. It is held by an aide-de-camp,” the caption says.

The existence of the “nuclear football” isn’t classified. Former Vice President Joe Biden made a reference to the football during a campaign stump speech for Hillary Clinton last year. “There’s a guy that follows me, has the nuclear codes. So, God forbid anything happened to the president and I had to make a decision the codes are with me…He is not qualified,” he said in August.

TIL: There is actually a real nuclear football. This is it as Obama traveled to flood-ravaged Louisiana last month: #DesignatedSurvivor pic.twitter.com/bd0pG5h2Ke

There have also been numerous photos of sightings of the “nuclear football” during previous administrations, so photos emerging of the person carrying the “football” at Trump’s resort appear to be entirely unremarkable.