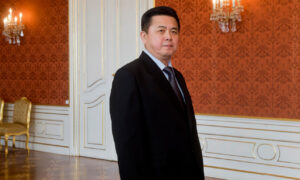 Kim Jong Un’s Uncle Could Be a Possible Successor in North Korea: Experts
0 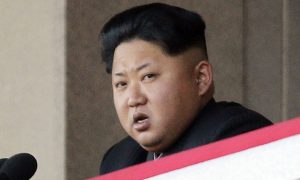 ‘We Haven’t Seen Him’: Pompeo Says There Is No Sign of Kim Jong Un
0 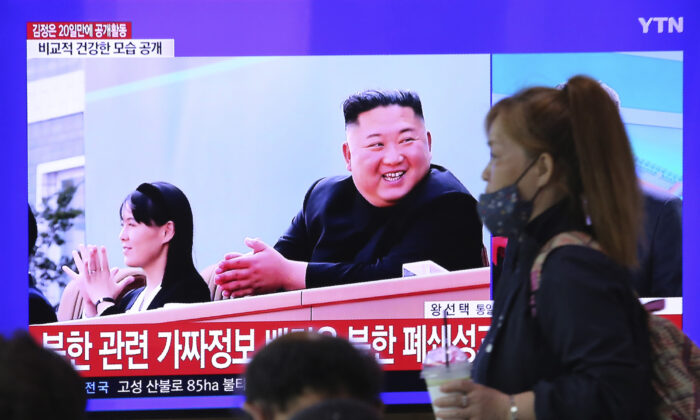 A woman passes by a TV screen showing an image of North Korean leader Kim Jong Un and his sister Kim Yo Jong during a news program at the Seoul Railway Station in Seoul on May 2, 2020. (Ahn Young-joon/AP Photo)
Asia & Pacific

The images, released on May 1 by North Korean state media, come amid swirling rumors that the North Korean dictator may be dead after a conspicuous public absence since April 11. The images and associated reports have not been independently verified by Western media.

The photos show what North Korean state media reported is Kim, his sister Kim Yo Jong, and various officials, at a ceremony at a fertilizer plant in Sunchon, near the capital, Pyongyang, on Friday.

Many analysts predict that if Kim is indisposed or deceased, his sister would assume leadership of North Korea.

State media showed videos and photos of Kim wearing a black Mao suit and constantly smiling, walking around facilities, applauding, cutting a huge red ribbon with a scissor handed to him by his sister, and smoking inside and outside of buildings while talking with other officials.

What appeared to be thousands of workers, many of them masked, stood in lines at the massive complex, roaring in celebration and releasing balloons into the air.

A sign installed on a stage where Kim sat with other senior officials read: “Sunchon Phosphatic Fertilizer Factory; Completion Ceremony; May 1, 2020.”

Over the past month, there has been frequent speculation about Kim’s health after he missed the April 15 commemorative event for his grandfather, North Korea’s founder Kim Il Sung. Kim had attended every one of those annual celebrations since he took power in 2011.

Over the weekend, reports about Kim’s demise were published in several Asian news outlets. South Korean officials denied the claims, saying that he is “alive and well,” and he’s still in control of the communist country.

Earlier in the week, Secretary of State Mike Pompeo said the United States has not seen any reports about Kim’s whereabouts.

President Donald Trump on Friday declined to comment on a reporter’s question at the White House about the alleged resurfacing of the North Korean dictator.

Trump took questions as he was preparing to leave the White House for Camp David on May 1, at which point a reporter asked the president: “The North Korean leader just surfaced at a fertilizer plant in North Korea. Do you know about this? Anything you can tell us about him?”

Trump replied: “I’d rather not comment on it yet—Kim Jong Un. We’ll have something to say about it at the appropriate time.”

The reporter then asked, “Can you at least confirm that he’s alive?” but Trump declined to respond and instead went on to take another question, which was about whether he would advise the President of Brazil to support social distancing measures amid the COVID-19 outbreak in the country.

The Chinese Communist Party (CCP) virus, the novel coronavirus that emerged in China last year and that causes COVID-19, has surged in Brazil. A Johns Hopkins tally on Saturday showed 6,412 deaths from the disease and 92,202 infections.

“Brazil has been hit very hard,” Trump said, adding, “But you have a president that’s doing a very good job.”

Pompeo said earlier that the White House is monitoring the situation more intensively in North Korea, noting that COVID-19 will pose a problem for the country despite it not having reported any cases of the disease.

“There is a real risk that there will be a famine, a food shortage, inside of North Korea too,” he added.