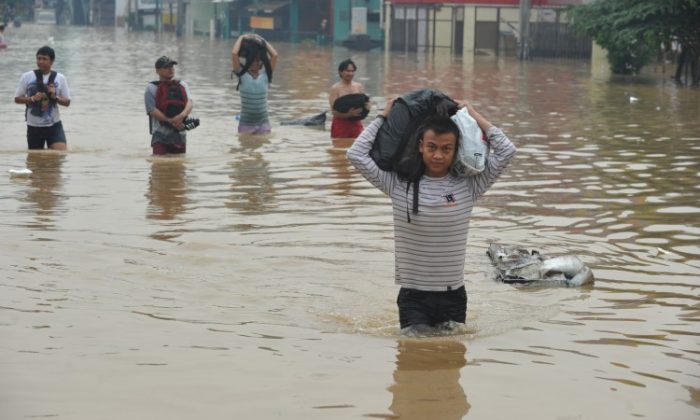 Flood waters have inundated the Indonesian capital of Jakarta, paralyzing much of the city and killing several people over the past few days.

At least nine people have been killed due to the floods, according to the Jakarta Globe, which said torrential downpours were still taking place around the capital.

The flooding, caused by days of heavy rains, inundated the presidential palace, reported the Jakarta Post. President Susilo Bambang Yudhoyono made an inspection of the site Thursday.

As of Thursday night, much of Jakarta’s streets were still flooded. Overall, some 15,000 people were forced from their homes, according to the Globe.

“Of course my family and I panicked because it all happened so fast. We didn’t have the chance to bring our electronic appliances and other goods to the top floor,” shop owner Bakhtiar, who has one name, told the Globe.