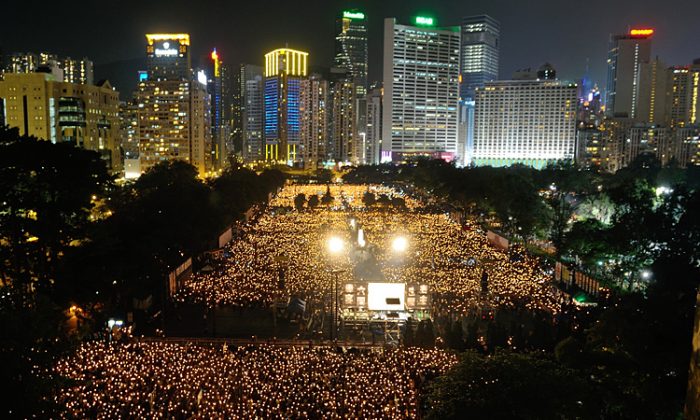 Over 180,000 people participated in this year’s candlelight vigil in memory of the victims of the 1989 Tiananmen Massacre, where unprecedented mass demonstrations were cleared up by soldiers dispatched by the Chinese Communist regime. This year’s attendance set a new record. (Sung Pi Lung/The Epoch Times)
China

More than 180,000 were present at the annual Tiananmen Square massacre candlelight vigil, in memory of the student protesters who were killed on June 4, 1989. The crowd was mixed, including were survivors, politicians, students, and residents of Hong Kong and mainland China. According to the Hong Kong Alliance in Support of Patriotic Democratic Movements in China, the organizer of this year’s vigil, attendance reached a record high.