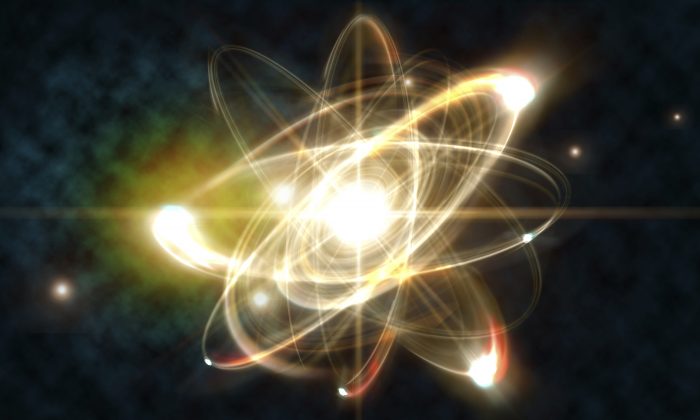 Physicists have set a quantum record by using photons to carry messages from electrons over a distance of 1.2 miles.

The work advances a long-standing problem in quantum physics—how to send “entangled” particles over long distances.

Scientists and engineers are interested in the practical application of this technology to make quantum networks that can send highly secure information over long distances—a capability that also makes the technology appealing to governments, banks, and militaries.

Quantum entanglement is the observed phenomenon of two or more particles that are connected, even over thousands of miles. If it sounds strange, take comfort knowing that Albert Einstein described this behavior as “spooky action.”

Consider, for instance, entangled electrons. Electrons spin in one of two characteristic directions, and if they are entangled, those two electrons’ spins are linked. It’s as if you spun a quarter in New York clockwise, an entangled second coin in Los Angeles would start to spin clockwise. And likewise, if you spun that quarter counter-clockwise, the second coin would shift its spin as well.

Electrons are trapped inside atoms, so entangled electrons can’t talk directly at long distance. But photons—tiny particles of light—can move. Scientists can establish a necessary condition of entanglement, called quantum correlation, to correlate photons to electrons, so that the photons can act as the messengers of an electron’s spin.

“Electron spin is the basic unit of a quantum computer,” Yu says. “This work can pave the way for future quantum networks that can send highly secure data around the world.”

To do this, Yu and his team had to make sure that the correlation could be preserved over long distances—a key challenge given that photons have a tendency to change orientation while traveling in optical fibers.

Photons can have a vertical or horizontal orientation (known as polarization), which can be referenced as a 0 or a 1, as in digital computer programming. But if they change en route, the connection to the correlated electron is lost.

This information can be preserved in another way, Yu says. He created a time-stamp to correlate arrival time of the photon with the electron spin, which provided a sort of reference key for each photon to confirm its correlation to the source electron.

To eventually entangle two electrons that had never met over great distances, two photons, each correlated with a unique source electron, had to be sent through fiber optic cables to meet in the middle at a “beam splitter” and interact. Photons do not normally interact, just two flashlights beams passing through one another, so the researchers had to mediate this interaction called the “two-photon interference.”

To ensure the two-photon interference, they had another issue to overcome. Photons from two different sources have different characteristics, like color and wavelength. If they have different wavelengths, they cannot interfere, Yu says.

Quantum supercomputers promise to be exponentially faster and more powerful than traditional computers, Yu says, and can communicate with immunity to hacking or spying. With this work, the team has brought the quantum networks one step closer to reality.