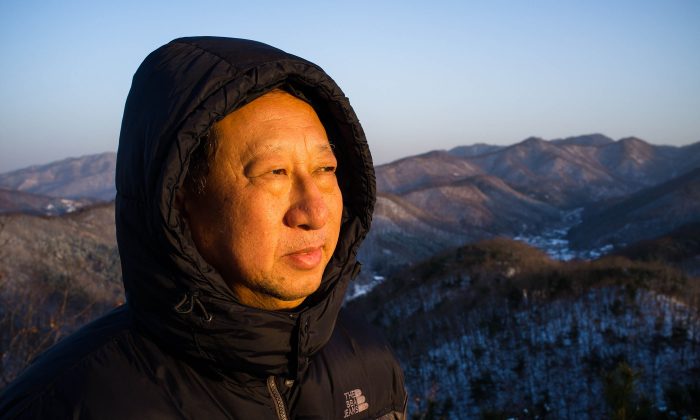 PAJU, South Korea—As we drove along the Han River from Seoul toward the Korean Demilitarized Zone (DMZ), I saw riverbanks lined with razor-wire fences and military watchtowers. Despite being a thriving hub of capitalism and democracy in Asia, Seoul is less than 25 miles from North Korea, a totalitarian communist regime.

For several weeks, I’ve made regular trips up to the DMZ with a team from NTD Television Korea. It’s been an amazing experience. The DMZ is an unusual place—sometimes disappointingly touristy, sometimes profound—but always surprising.

The DMZ was created as a part of the Korean Armistice Agreement that ended the Korean War in 1953. It separates North and South Korea, cutting the Korean peninsula roughly in half. Approximately 150 miles long and 2.5 miles wide, the DMZ is one of the most popular tourist attractions in Asia and is also the most heavily armed border in the world. Every healthy young man in South Korea has to serve two years in the military. Many of them are posted here to patrol the DMZ and surrounding areas.

Since it was formed, 24 incidents involving North Korea have occurred in the DMZ. These include many commando raids, the digging of spy tunnels, mass troop movements and occasional gunfire. The most recent was this year, when an 18-year-old North Korean soldier killed two superior officers then defected to the South by walking across the DMZ.

The most popular DMZ tourist spot is Panmunjom. Surprisingly, it’s easy to go inside the DMZ near Panmunjom, as long as you’re part of an organized tour. Panmunjom is famous for three small blue shacks in which high-level talks between the two Koreas are held. The buildings lie exactly halfway between North and South Korea. It’s quite an experience to stand a few feet from the border, with nothing between you and the North but tarmac and a white line painted on the ground.

DMZ as a Wildlife Conservatory

Relatively free of human activity, swaths of the DMZ have, incidentally, become havens for cranes and other wildlife.

Viewed from satellite images, the DMZ appears as a green strip separating the drab-colored urban sprawl of Seoul and the cleared land south of Kaesong industrial complex.

The thick vegetation is a haven for many rare animals, such as the goat-like Amur goral, the Korean mole, and the Siberian weasel. The DMZ’s wetlands are home to a third of the world’s red-crowned cranes in the winter.

Studying wildlife in the DMZ is difficult because of the region’s political status, but some say thousands of species endangered or extinct elsewhere in the region thrive here.