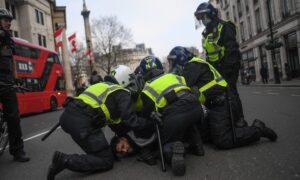 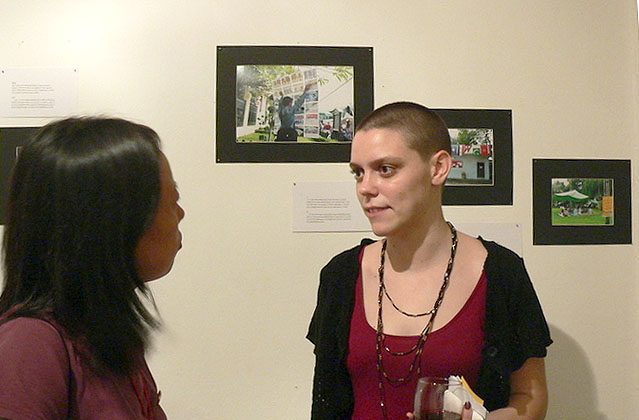 BANGKOK—An exhibition of photographs taken by refugees was held here recently by a Jesuit NGO concerned with human rights.

The Jesuit Refugee Service Asia Pacific (JRS) held the opening ceremony for the Refugee Photography Exhibition at the Toot Yung gallery in the city center of Bangkok on Jan. 28. Media in Bangkok, representatives of human rights organizations, and the authors of the photography being exhibited were invited to the opening ceremony.

Representatives of Jesuit Refugee Service Asia Pacific, with Molly Mullen as the moderator, introduced the purpose and meaning of the exhibition. Seven photographers from China, Pakistan, Sri Lanka, Cambodia, Iran, and Congo were introduced. Two of them talked about why they escaped from their own countries to Bangkok.

The 37 works reflecting the lives of the seven refugee photographers were presented at the exhibit hall on the second floor. Each group of works had a brief introduction in English and Thai, introducing the photographer’s name, nationality, and reasons for them becoming a refugee.

Phea is a writer in Cambodia. He said the Cambodian government is an authoritarian government close to the Chinese communist regime. He was restricted in using the Internet in Cambodia. His books were banned. He was threatened because of criticizing the corruption of the government and promoting democracy. He escaped to Thailand and applied for asylum in 2010. His works reflect his life as a refugee doing temporary part time jobs in Bangkok.

Yi, a refugee from China, has three projects as a practitioner of Falun Gong. Falun Gong, a self-improvement meditation practice, helps practitioners to improve their health physically and mentally, but has been suppressed by Chinese Communist authorities since July, 1999. Yi was persecuted for refusing to give up the practice. She escaped from China to Thailand and applied for asylum five years ago. Her works depict Falun Gong practitioners’ performing the exercises, holding display boards, and telling tourists in parks about the persecution.

Other refugee photographers from Pakistan, Iran, and Sri Lanka were persecuted to the point of being homeless because of their religious beliefs or involvement in political wars, and were forced to apply for asylum with the United Nations. Their works reflect their current situations and appeals from different perspectives.

Mullen said it was the first time the Jesuit Refugee Service Asia Pacific has held a photography exhibition in Bangkok, and hope it will help tell the stories of the photographers. The group provides free legal advice to refugees and other services, including emergency support.