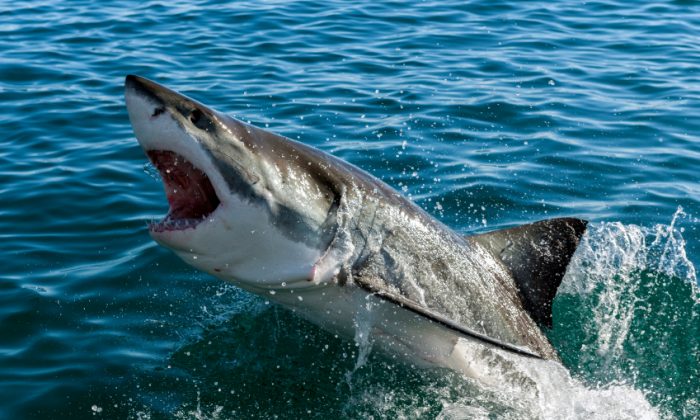 Photos showing a daring man touching a great white shark on the nose have gone viral.

The pictures were taken in the ocean off the coast of Guadalope Island, Mexico.

The pictures show a team of three scuba divers in a cage enticing the shark toward them with bait.

PICTURE OF THE DAY: Diver in Mexico decides to pat a Great White on the nose! Fortunately, the shark took the bait, not his hand!(Credit: Caters News Agency)

Then one of the men taps the shark on the nose.

The area is popular spot for diving with sharks, according to the Mirror. “The cash generated from tourist activity is considered a key part of efforts to conserve the species, which is considered vulnerable because of overfishing,” it said.