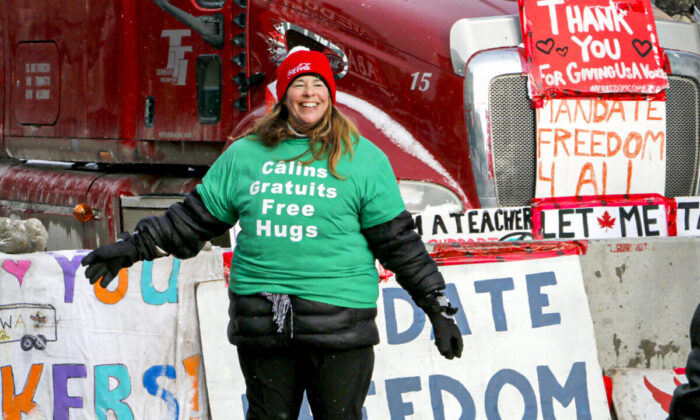 OTTAWA—The mood was again very festive in Ottawa this Saturday with thousands of participants attending the Freedom Convoy protest which entered its third week. This was despite the state of emergency declared by the city and the province and the calls from elected officials of all government levels and stripes to put an end to these activities. Many families attended, multiple dance parties continued, and the “free hugs” givers were seen throughout.