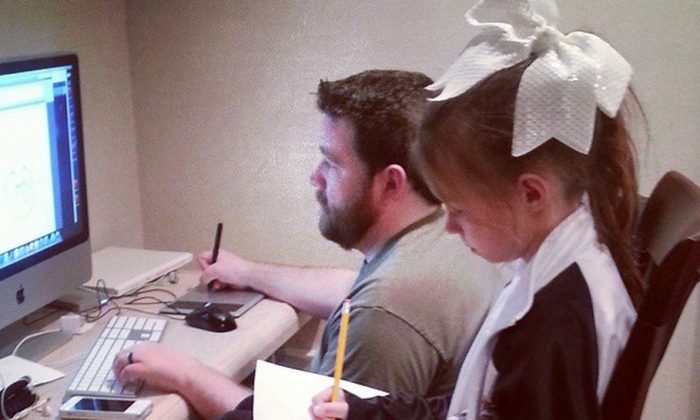 A father and his daughter tried to take a photo sharing a special moment, but they got an optical illusion instead.

You might need to take several glances to understand what’s happening here.

The photo, posted by Redditor Narcolepsyinc, gives off the impression that his daughter is standing next to him, with him having “very dainty feet.”

He added a caption: “My wife took a picture of my daughter drawing with me. At first glance, it looks like she’s standing next to me, and I have very dainty feet.”

Another, unrelated optical illusion has also gone viral, and it involves a New York Mets player.

And here’s another one involving zig zags and a panda.

Can You Find the Hidden Panda in This Zig Zag Optical Illusion? https://t.co/0Joaoqr75r pic.twitter.com/jhrUg3P8OF

And another one that may or not have an optical illusion (it’s a strange photo nonetheless).

is this an optical illusion pic.twitter.com/JMfTxOnxNP