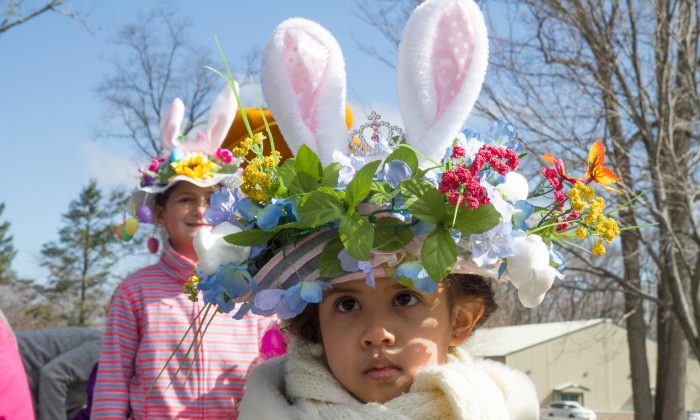 CIRCLEVILLE—There was a bigger than expected turnout for the Wallkill Easter Egg Hunt in Circleville on March 26, said Town Supervisor Dan Depew, but many people went home after the hunt, leaving enough goody bags to go around. The candy was separated from the egg hunt this year to prevent the spread of germs and the normally-candy-filled plastic eggs were taped shut. Besides the hunt, the Easter bunny led an Easter bonnet parade for those who dressed up, and by the end of the day, many children had pink noses and rabbit whiskers from the face painting booth.