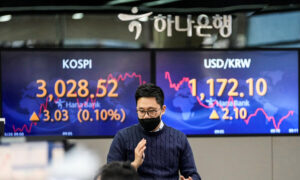 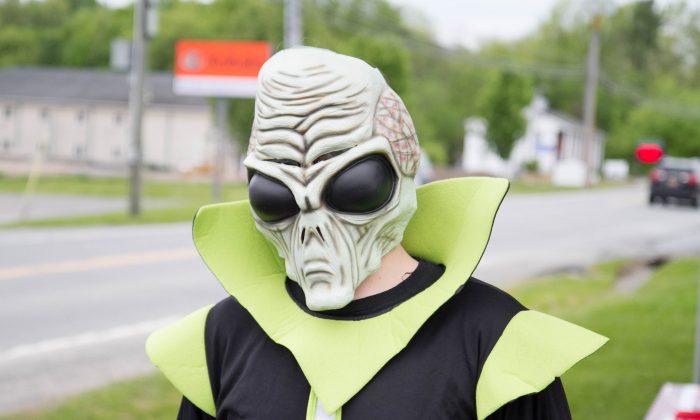 Danny Callanan from Pine Bush at the UFO Fair in Pine Bush on May 21, 2016. (Holly Kellum/Epoch Times)
New York

PINE BUSH—Long known for its paranormal activity and UFO sightings, Pine Bush has been home to an annual UFO Fair for the last six years that celebrates the region’s connection to extra terrestrials. This year’s Fair on May 21 brought together revelers dressed in tinfoil hats and sporting alien glasses, and those with a genuine interest in the paranormal who took the opportunity to share their interest with others. Books like the “Silent Invasion” and “Communion: A True Story,” which was subsequently made into a movie, have helped to publicize Pine Bush and give it the title of the “UFO Capital of the New York” by at least one paranormal website. Along with a street fair there was a parade, street performances, an EYE SPY ALIEN game, and lectures about UFO’s, aliens, and the paranormal.