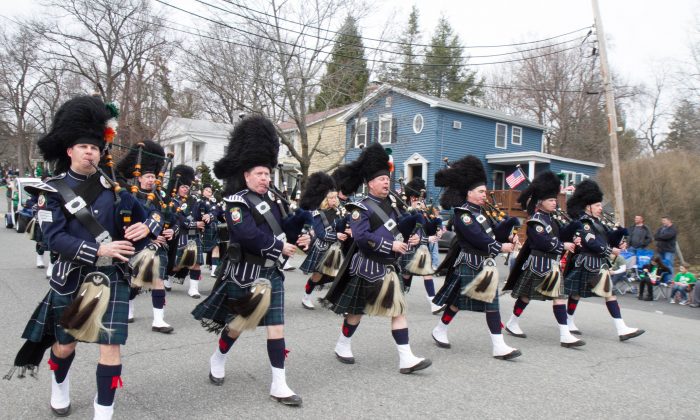 The Pipes and Drums of the Orange County Ancient Order of Hibernians, Division One in the Mid-Hudson Saint Patrick’s Parade in Goshen on March 13, 2016. (Holly Kellum/Epoch Times)
New York

GOSHEN—There was no shortage of plaid, wool, shamrocks, or the color green at the Mid-Hudson Saint Patrick’s Parade in Goshen on March 13. Even the spectators got dressed up, and in more cases than one, so did their dogs.

There were 162 groups this year, said Keri Keane, the recording secretary for the parade committee, and they had to turn even more groups away because of construction at the Government Center. “We’ve had more interest this year than we’ve had the past couple of years,” she said. “The weather agreed with us—no rain—that definitely brought the people out.” She said they hope that once the construction is done, they can find a way to include even more groups.