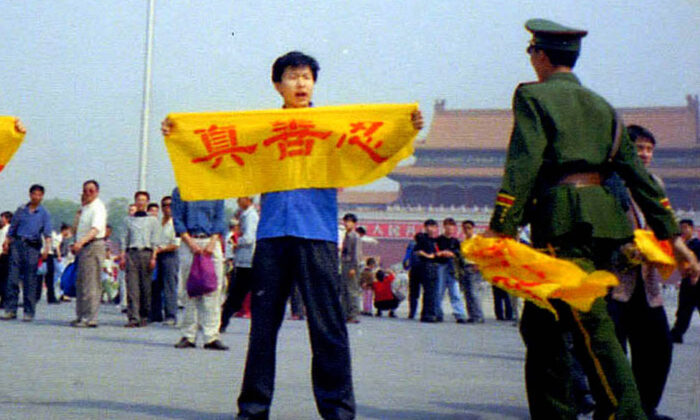 A Chinese policeman approaches a Falun Gong practitioner at Tiananmen Square in Beijing as he holds a banner with the Chinese characters for “truthfulness, compassion, and tolerance,” the core tenets of Falun Gong. (Courtesy of Minghui.org)
By Samira Bouaou 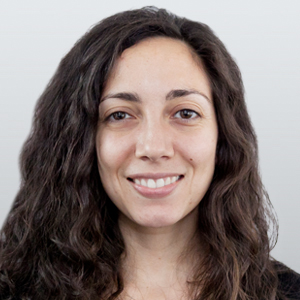 Former Chinese Communist Party leader Jiang Zemin died at age 96 on Nov. 30. Jiang was the architect of the persecution of the spiritual discipline Falun Gong.

Under his rule, the Chinese Communist Party launched a sweeping persecution of the group in 1999, when an estimated 70 million to 100 million people across China practiced the discipline, which involves meditative exercises and moral teachings rooted in the principles of truthfulness, compassion, and forbearance.

As a result of Jiang’s persecution, millions of Chinese saw their lives destroyed, families have been pulled apart, and an untold number have been tortured and killed in labor camps and jails.

The CCP also engages in the practice of forced organ harvesting of Falun Gong practitioners, a grisly practice in which detained adherents are killed for their organs which are then sold at high prices on the transplant market—in many cases to foreigners.

During these 23 years of persecution, adherents both inside and outside of China have consistently called attention to the regime’s brutal suppression, in many cases in China risking their own lives in doing so.

This photo gallery highlights some of these realities.