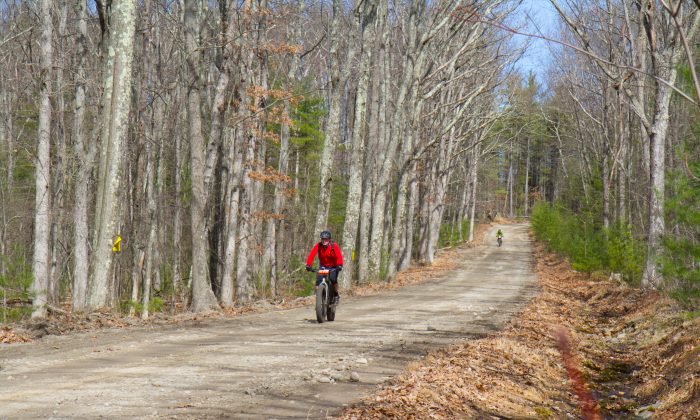 PORT JERVIS/DEERPARK—The hoped-for snow never came, but the air was crisp and the sun shining for the 29 fat-tire bikers who participated in the inaugural Snowball’s Chance Fat Bike Race on March 19. The inaugural race marked the opening of the newly-made trails in the Port Jervis watershed, some 2,000 acres that have not been open to the public for decades.

Port Jervis-born biker Dejay Birtch came from Arizona to help make the trails and organize the two-day bike race. He said he plans to make the race an annual event, and thinks it could easily quadruple by next year.

Nestled between the Town of Deerpark and the City of Port Jervis, the Port Jervis watershed has three reservoirs and a network of old logging and current access roads that will eventually become about 25 miles of trails for pedestrians, runners, and non-motorized vehicles.