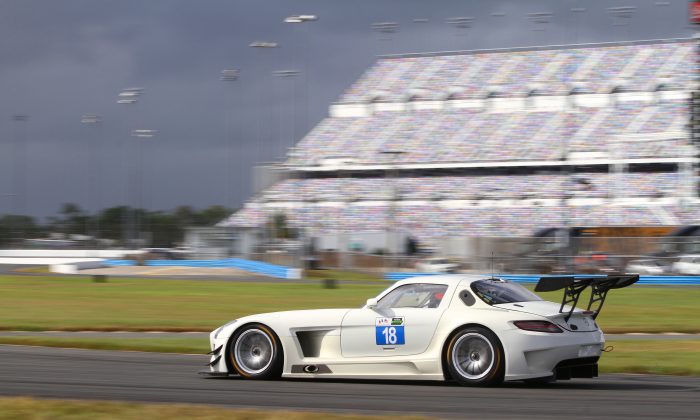 DAYTONA BEACH, Fla.—IMSA’s Weathertech SportsCar Championship staged a two-day test at Daytona International Speedway Nov. 17-18, a chance for teams to test their latest purchases or developments and a chance for the series to gather some initial Balance of Performance data.

Some new cars, like the much-anticipated Ford GT and the 2016 BMW M6 showed up along with a trio of Mercedes which may or may not run in the series, the latest GT3 Audi, plus updated versions from series regulars like Corvette and Aston Martin.

Michael Shank Racing brought its #60 Ligier with its new 3.5-liter Honda motor, to join a few Prototype and Prototype challenge cars. While the weather was dodgy (often overcast, occasionally rainy) every car got a chance to turn plenty of laps over the two-day test, and the press got plenty of chances to check out the new machinery.

Next up on the WSCC schedule is the two-day Roar Before the Rolex 24 test Jan. 08–10, 2016 at Daytona International Speedway.