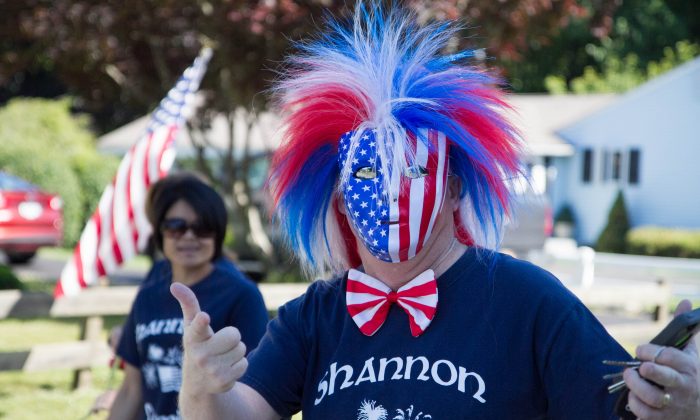 A member of the Shannon family marching in the Fourth of July Parade in Circleville on July 4, 2016. (Holly Kellum/Epoch Times)
New York

CIRCLEVILLE—Red, white, and blue were the colors of the day at the Fourth of July Parade in Circleville. Circleville residents set up chairs in their front yards, waved flags, and more than a few sported over-the-top patriotic outfits that rivaled those in the parade.

Organizer Kevin Holland said this is “probably one of the largest ones we’ve had,” with 30-40 groups and even more walkers. “It’s free to anyone who can come,” Holland said. “It’s an open parade.”

The parade started sometime in the early 1900s, he estimates, and for the last 70 or so years the Circleville Volunteer Fire Company, which he is president of, has been putting it on. After the parade they had an 800-hot dog barbecue that was open to the public.

“We try to give back to the community,” Holland said. “That’s what it’s all about for us.”


On July 11, this article was updated with with the correct name of the Circleville Volunteer Fire Company.