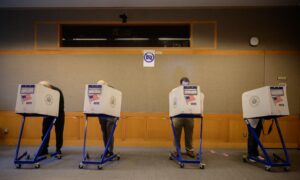 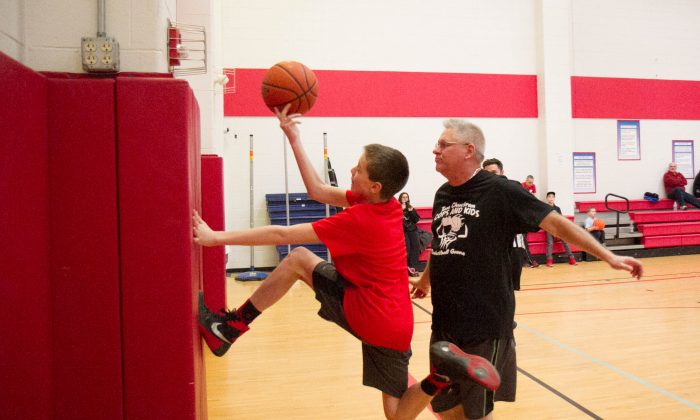 A sixth grader tries to save a ball from going out of bounds during the Cops vs. Kids basketball game at Anna S. Kuhl Elementary School in Port Jervis on March 5, 2016. (Holly Kellum/Epoch Times)
New York

PORT JERVIS—Eastern Pike, Port Jervis, and Deerpark Police squared off against the sixth-graders of the Port Jervis winter youth basketball program on March 5.

The game was started as a way to get the police officers and children to interact in an informal and positive way.

“The kids see us definitely in a different light,” said Port Jervis Youth Detective Scott Robertson. “We’re out there having fun, it shows that we’re real people too—we have families and we enjoy doing stuff—[policing] is just a job we do.”

Several cops were playing against their own children, like Deerpark Police Officer Mike Conklin. Before the game, he told his daughter, Mallory, that her team would lose, and when halftime rolled around and she was ahead, he told her the team would make a comeback.

The sixth-graders have never been defeated, said Recreation Director John Faggione, and this year was no different. They won 72 to 71 in overtime.