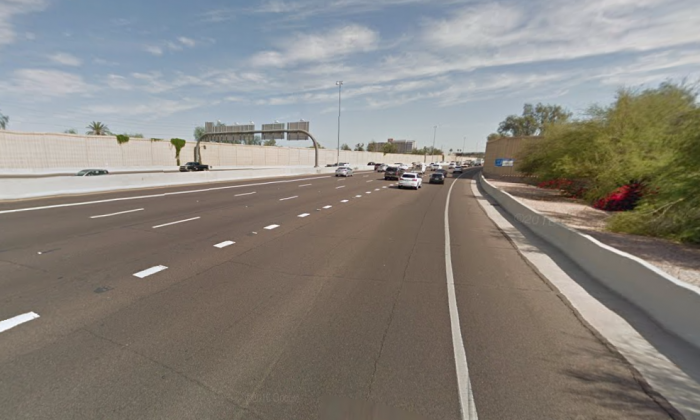 PHOENIX—Phoenix police say a woman was fatally shot while driving on a freeway and calling 911 to report that she was being chased by three people in a truck.

Sgt. Jonathan Howard says the woman’s car crashed on the median of the State Route 51 freeway after a 911 operator heard shots fired during the call Wednesday night.

Police are looking for a white work truck with ladder racks and a tool box. Those inside the truck were described only as Hispanic males.

Howard says the incident began with five or six 911 calls about a white truck being driven aggressively on westbound Interstate 10.

Howard says the woman who was killed said the truck was following her as she went from I-10 to the SR 51 in central Phoenix.

“While she was on the phone with 911, the dispatcher heard about 3 gunshots and the call was ended,” Sgt. Jonathan Howard, a Phoenix police spokesman, told AZCentral.com.

“She believed these people were following her specifically but she didn’t offer any information as to why they may be following her,” Howard added.