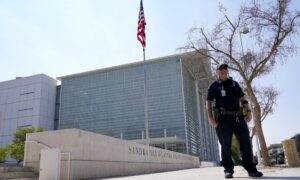 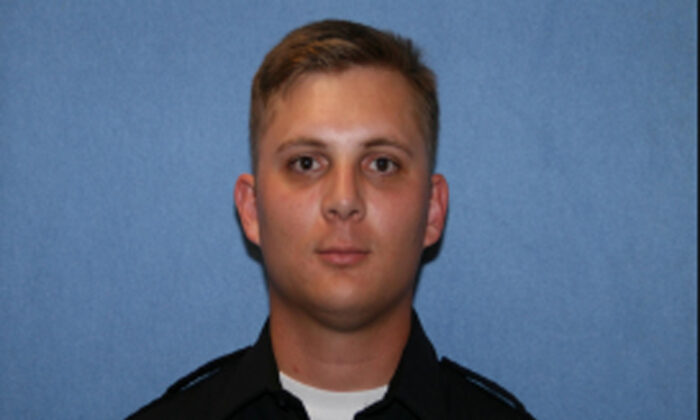 The Phoenix police officer, 27-year-old Ginarro New died after being hit by a driver who ran a red light, authorities said, on June 1, 2021. (Phoenix Police Department via AP)
US News

PHOENIX—A Phoenix police officer died after being hit by a driver who ran a red light and also died, authorities said Tuesday.

The crash happened Monday night after 27-year-old Officer Ginarro New entered an intersection and his police SUV was hit by another car, Phoenix police said in a statement.

The impact sent the police SUV through a brick wall and it came to rest on its side in a parking lot, the statement said.

Firefighters extricated New from the car and took him to a hospital but he died of his injuries.

Images from local media showed New’s car mangled with most of the back half torn off.

The other driver, a 30-year-old man, was pronounced dead and his identity was not released.

He is survived by his wife, mother, brother, and grandmother.

“I want to express my deep thanks and appreciation to … the doctors, the nurses, the surgeons, who tried to save Officer New as well as the Phoenix Fire Department that did everything possible to try to preserve his life,” Phoenix Police Chief Jeri Williams told reporters Tuesday morning.