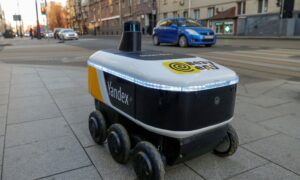 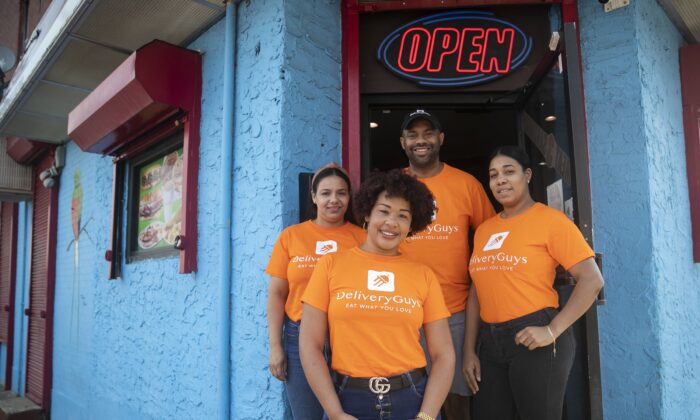 Philly’s Delivery Guys Is a Start-Up Ready to Compete With Food Delivery Giants Such as Grubhub, UberEats. Here’s How It Will Do It

By Jesenia De Moya Correa
From The Philadelphia Inquirer

Richard Hernández bought Sabor Rico Bakery (formerly known as A&Y) in Philadelphia’s Franklinville neighborhood in December 2019, three months before the pandemic hit. He didn’t even get the chance to change the store’s sign before he found himself struggling to keep his small business open.

While managing the store, the Puerto Rican business owner supervised the quality of his pastries, pan sobao, and hefty Caribbean breakfasts of green plantains with pork, chicken, and ham. He also took orders to customers’ doorsteps throughout Philadelphia when restaurants could only offer pickup or delivery services.

With no access to PPP loans and three of his five employees on furlough, Hernández, 44, said it all felt like an uphill battle. He found himself relying on delivery services from Grubhub. Because of the 30 percent Grubhub commission on each order, he increased his prices for some meals and offered more modest combo meals. He wasn’t happy.

“Why would I have to change the Hispanic morning tradition of flavorful breads and tasty breakfasts to keep this running?” he asked. “I’ve sacrificed my personal finances and so much [family] time just to keep my customer satisfied.”

In March, Hernández learned about Víctor Tejada and his company, Delivery Guys, a technology-based food delivery service start-up based in Philadelphia aimed at supporting the needs of restaurants and small businesses.

Tejada, 35, founded Delivery Guys based on his own experience. The graphics and software designer had been delivering food during most of the pandemic, after he left Comcast to launch his first start-up, which failed last year.

As he delivered meals with Grubhub for large franchises and smaller restaurants, he learned that the logistics and programming systems of giant delivery service companies weren’t sensitive to the realities—such as one-employee sites and limited access to capital—of small business owners, especially those run by marginalized entrepreneurs.

“Many customers and business owners needed to reach out to each other or speak with the drivers about changes in the orders, a delay, or complaints, and that was very difficult to address in real time,” Tejada said. “And our business owners kept fussing about the service, being expensive and late to their customers.”

So he brainstormed his idea with local restaurateurs to center the food delivery service company around their needs. Then, he incorporated the Delivery Guys App, a system he developed and programmed for iOS and Android smart phones.

The company now has about 50 drivers working with eight food preparers and convenience stores owned by Dominican, Puerto Rican, American, Nigerian, and Vietnamese entrepreneurs in West, North, and Northeast Philly. More than 50 percent of the drivers are women who mostly work part-time.

In addition to the white and orange mobile app, the five-month-old company provides options tailored to the needs of customers wanting food delivered to their homes or to where they work, such as bodegas, beauty salons, mechanic shops, and others in the Philadelphia area. These include:

A bilingual customer service call center located in Tejada’s native Dominican Republic, where customers who need technology and language assistance can order meals without using the app. Business owners can get assistance calling customers back to adjust their orders or to reach an assigned driver, if needed. A Pay-in-Person option for customers who prefer to pay in cash or don’t have access to bank accounts or an electronic payment system. A 15 percent commission on business owners and a $2.99 service fee on customers per order, a competitive rate compared to DoorDash’s 30 percent commission to restaurateurs. (Customer fees for DoorDash vary depending on time of the day and mileage.) But Tejada said the “secret sauce” for his food delivery service isn’t in the technology. It’s in the care that the drivers provide customers and business owners alike.

“Making sure that our drivers are part of the community and invested in learning about our business community is what makes this commercial relationship a big, extended family,” Tejada said.

Food delivery is a multi-billion-dollar industry in the United States. According to Business of Apps, market revenue for these services has increased 204 percent in the past five years, up to $26.5 billion in 2020. The website mentioned the notable increase has been fueled by platform-to-customer services, such as DoorDash and Uber Eats. COVID-19 measures to shelter-in-place have also contributed to the industry’s growth.

Delivery Guys doesn’t make 1,000 deliveries a day, Tejada said, which means it doesn’t have 1 percent of the market share yet. Keny Núñez, 43, used to work with DoorDash. He said he switched to Delivery Guys for the $8 pay per order and cash tips.

For Katty Corporán, 32, it’s the relationships she’s built with the business owners and the company’s service representatives that make the difference.

“It feels like a collegial group, with people ready to help you get to a location and business owners who care for you as if they were your employers,” she said.

The company is also hiring more drivers as it expands to Wilmington the first week in August. Next up, Tejada looks to invest in collective cooking spaces, to support Caribbean Latino cooks and chefs in the area.

In the meantime, Hernández with Sabor Rico Bakery doesn’t regret his decision.

“That connection and closeness we have with the drivers is guaranteeing that our food gets delivered with respect and love. What else can we ask for?”