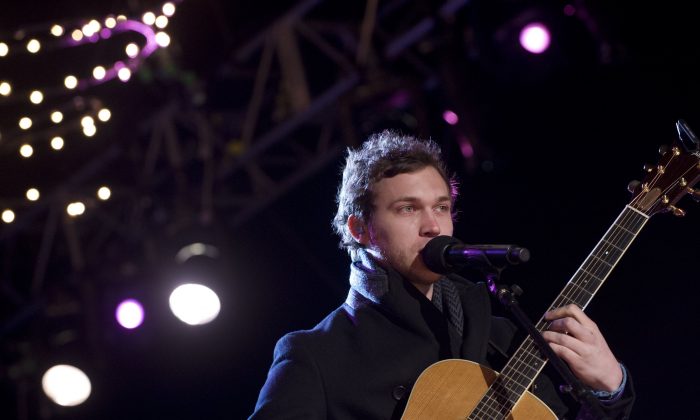 Phillip Phillips postpones: The singer said on Facebook that because of orders from a doctor he has to postpone his last few tour dates.

“His doctor said he has to get off the road,” a source elaborated to The Hollywood Reporter. “He was playing six shows a week, and it’s too much for him.”

Phillips won season 11 of American Idol. He had surgery last year to remove massive kidney stones, and has had trouble recovering.

“His body doesn’t bounce back, and he’s been feeling run-down,” says the source.

Phillips emphasized on Facebook that the dates will be postponed, not canceled. “They will be rescheduled!” He said.

The postponed dates include four in Wisconsin, one in West Virginia, and two in Ohio.

“Looking forward to seeing you all on on the John Mayer tour this summer!” He added. That tour begins on July 6 in Milwaukee, WI.