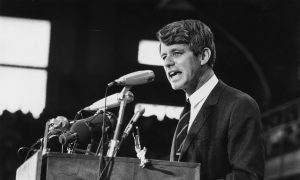 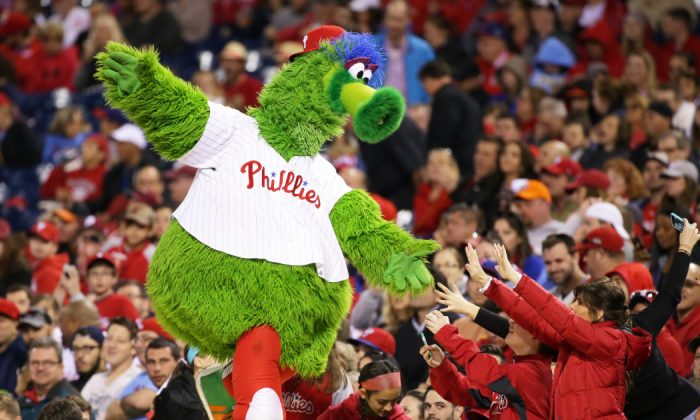 The Phillie Phanatic entertains some fans in the seventh inning during a game between the Philadelphia Phillies and the Washington Nationals at Citizens Bank Park on Apr. 16, 2016 in Philadelphia, Pa. The Nationals won 8-1. (Hunter Martin/Getty Images)
Baseball

In a complaint filed Aug. 2 in U.S. district court in Manhattan, the team alleged the company Harrison/Erickson threatened to terminate the Phillies’ rights to the mascot next year unless the team renegotiated its 1984 agreement.

The Phillies asked for declaratory judgments affirming their rights and sued Harrison/Erickson, claiming unjust enrichment and breach of good faith.

Harrison/Erickson didn’t respond to The Associated Press’s request for comment by press time.

The team said it contracted with Harrison/Erickson in 1978 at the behest of then-Phillies Executive Vice President Bill Giles to develop the mascot for $3,900 plus expenses, which turned out to be an additional $2,000.

The Phillies said they reached an agreement with the company in 1984 to buy all rights to the “artistic sculpture known as the ‘Phillie Phanatic'” for $215,000.

The team said Harrison/Erickson lawyers sent a letter to the Phillies on June 1 last year claiming the company had the right to terminate the 1984 agreement, and saying that absent a new deal, the Phillies would not be able to use the Phanatic after June 15, 2020.

Forbes named the Phanatic the best mascot in sports in 2008.