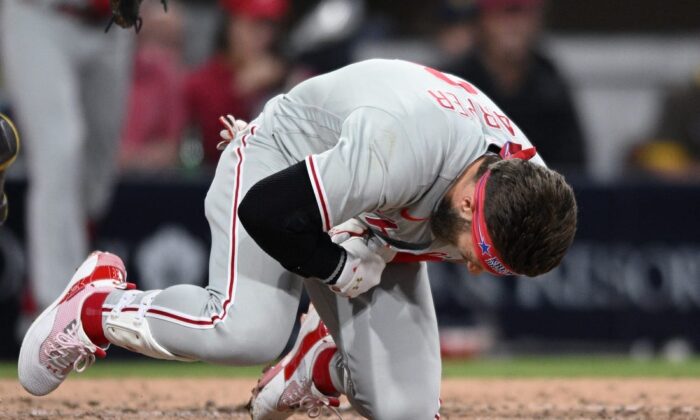 Philadelphia Phillies designated hitter Bryce Harper (3) reacts after being hit by a pitch during the fourth inning against the San Diego Padres at Petco Park in San Diego, Calif., on June 25, 2022. (Orlando Ramirez/USA TODAY Sports via Field Level Media)
Baseball

“It went very well,” Thomson said before referring all other questions about the surgery to Harper.

Thomson said there is no timetable for Harper’s return. Meanwhile, MLB.com is reporting an estimated recovery time of six to eight weeks.

Harper was injured when he was drilled by a fastball on Saturday from San Diego Padres left-hander Blake Snell.

Harper, a two-time National League MVP, is expected to meet with reporters later this week.