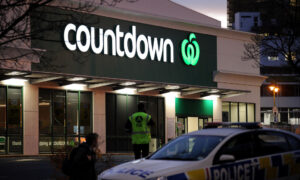 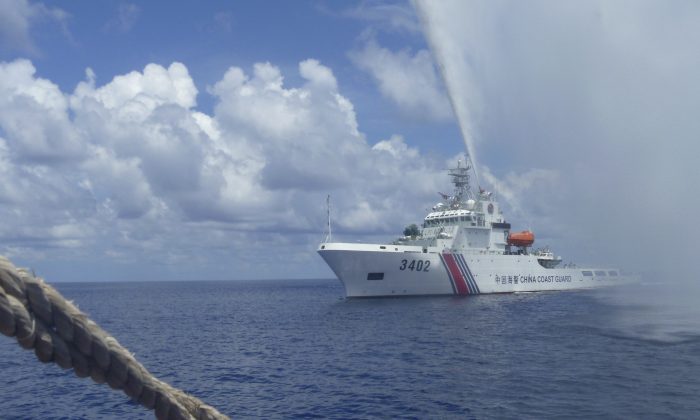 MANILA, Philippines—The Philippines and the U.S. are verifying if Chinese coast guard ships left a disputed shoal after President Rodrigo Duterte reached out to Beijing, allowing Filipino fishermen back to the rich fishing area that China seized in 2012 as tensions spiked in the South China Sea.

Philippine Defense Secretary Delfin Lorenzana said the Philippine coast guard reported that Chinese ships have not been sighted at Scarborough Shoal in the last three days, but he added the report has to be validated. Lorenzana told The Associated Press that the Philippine air force plans to conduct aerial surveillance of the shoal off the northwestern Philippines as early as Saturday to check the situation.

Duterte: Filipinos May Be Able to Return to Disputed Shoal

Philippine President Says He Won’t Sever Ties With US

China took effective control of the tiny, uninhabited shoal in 2012, after a tense standoff with Philippine vessels. Since then, Chinese coast guard ships have been driving Filipino fishermen away from the area, while farther south in the Spratly Islands, China went on to construct seven man-made islands despite protests from other claimants.

Deputy U.S. Secretary of State Antony Blinken told reporters in Beijing on Saturday that China’s withdrawal from Scarborough Shoal, even if it were a product of bilateral talks with Duterte, “would be a positive development” welcomed by Washington.

He said it would be consistent with an international arbitration ruling in July that invalidated Beijing’s sweeping territorial claims in the South China Sea. The ruling said that both Filipinos and Chinese can fish at the shoal, but China ignored it and its coast guard continued to block Filipino fishermen.

Blinken said that the U.S. would continue to conduct freedom of navigation exercises in the South China Sea that challenge Beijing’s territorial claims at a time when countries in the region— including those that are not directly involved in the China-Philippine dispute — have signaled “increased demand” for American presence.

Duterte has attempted to repair relations with China, but he has also ruffled feathers with the Philippines’ longtime ally by threatening to scale down military ties with the U.S. and hurling insults at President Barack Obama.

“We hope it is certainly not a temporary measure. We would like it to be a sign that China and the Philippines are moving toward an agreement on fishing access at Scarborough that would be in accordance with the July 12 arbitral decision,” Toner told reporters in Washington.

After visiting Beijing last week, Duterte said without elaborating that Filipino fishermen “may” be able to return to Scarborough after he discussed the territorial rift with Chinese leaders.

He said he insisted in his talks with Chinese leaders that the shoal belonged to the Philippines, but that the Chinese also asserted their claim of ownership.

“If the Chinese ships have left, then it means our fishermen can resume fishing in the area. We welcome this development,” Lorenzana said. “Our fishermen have not been fishing there since 2012. This will return to them their traditional source of livelihood.”