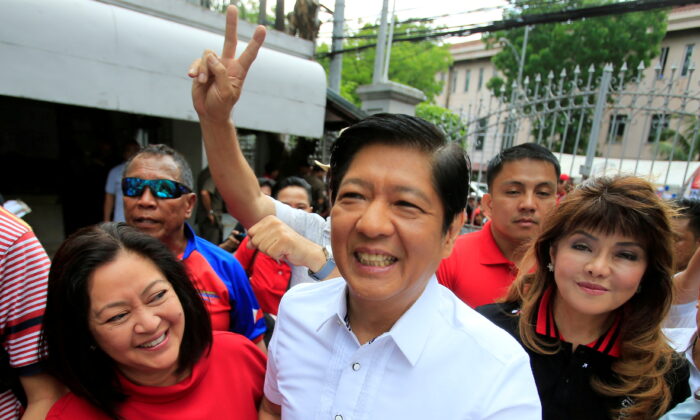 Marcos Jr., a former senator and the son and namesake of the late dictator Ferdinand Marcos Sr., emerged as the leading candidate in a Pulse Asia presidential survey, garnering 56 percent of the vote.

“Our vision for the country is to have at least one nuclear power plant so we can finally produce cheap energy and for us to lower our electricity rates,” Marcos and Sara Duterte said in a joint statement in March, local media Inquirer.net reported.

Their remarks follow President Duterte’s executive order on Feb. 28, which authorizes the use of nuclear power as an alternative energy source. The duo said they believed that it would serve as “a good springboard for the next administration” to pursue nuclear energy goals.

President Duterte, who plans to retire from politics at the end of his term, said nuclear power would be tapped as a viable alternative baseload power source as the country seeks to phase out coal plants. His government signed an agreement with Washington in March to boost nuclear energy cooperation.

President Duterte’s executive order also includes a recommendation to revive the mothballed Bataan Nuclear Power Plant (BNPP), which was built during the rule of Marcos Sr. in 1984.

The $2.2 billion BNPP was decommissioned following the collapse of Marcos’ dictatorship in 1986 for safety reasons, compounded by the fear caused by the Chernobyl nuclear disaster that same year.

Marcos Jr. said that he planned to revive the BNPP if elected president, with Korea Hydro & Nuclear Power as a potential venture partner. He also alleged that the BNPP was shut down for “political reasons” rather than scientific reasons.

“We really have to look at nuclear power. Let’s not politicize it. Once again, follow the science,” Marcos Jr. said in an interview with CNN Philippines on Jan. 26.

Rafel “Ka Paeng” Mariano, chairman of the worker- and farmer-focused party-list Anakpawis, rejected plans to revive the BNPP because the country is still paying off the $2.2 billion and other foreign loans used to construct the nuclear power plant, which he said was never even used, Yahoo News reported.

“We will never allow Bongbong Marcos Jr and Sara Duterte to use the same scheme,” Mariano added.

Ferdinand Marcos Sr. ruled the Philippines for two decades, placing the country under martial law in 1972, during which time thousands of opponents were jailed, killed, or disappeared.

The dictator was overthrown in the 1986 “people power revolution” and was accused of amassing more than $10 billion while in office. He died in exile in 1989.