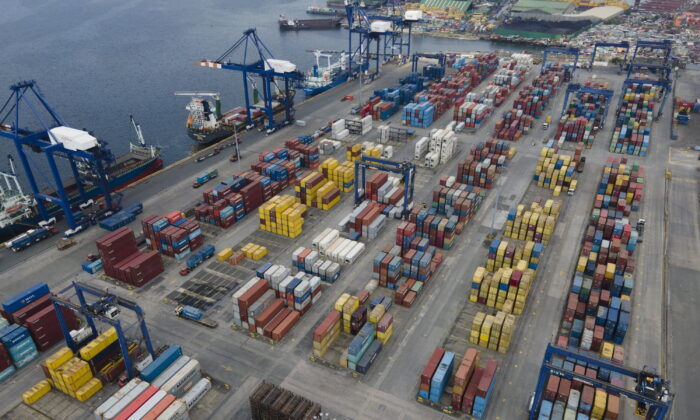 MANILA, Philippines—The Philippines has followed New Zealand’s decision to reject the inclusion of Burma (also known as Myanmar) in the world’s largest free trade pact as international opposition to the military takeover that sparked violence and democratic setbacks in the Southeast Asian nation broadened into trade and diplomatic sanctions.

Foreign Secretary Teodoro Locsin Jr. told his Association of Southeast Asian Nations counterparts in a Thursday meeting in Cambodia that the Philippines will not accept Burma’s “instrument of ratification” of the Regional Comprehensive Economic Partnership, referring to the key document binding a country to the 15-nation free trade agreement, which went into effect on Jan. 1.

In Locsin’s speech released to journalists in Manila on Friday, he did not cite any reason for the Philippine decision and added he was ready to yield if that stance would get in the way of a collective position by the 10-nation regional bloc, which includes Burma.

It’s not immediately clear if other countries under the RCEP, which includes all 10 ASEAN members, along with China, Japan, Australia, New Zealand, and South Korea, would also snub Burma’s inclusion and eventually bar it from the massive trading bloc.

Burma’s army wrested power from Aung San Suu Kyi’s elected government on Feb. 1, 2021, in a takeover that sparked widespread street protests and civil disobedience. About 1,500 civilians have been killed by security forces, according to the Assistance Association for Political Prisoners. Suu Kyi, 76, remains in detention with other ousted officials and faces a raft of charges that human rights groups say are baseless.

Two Asian diplomats told The Associated Press this week that New Zealand notified other countries in the RCEP that it would not recognize Burma’s papers allowing it to join the trade bloc because it opposes its military-led government.

New Zealand was among the Western nations that quickly opposed the takeover, suspending all military and high-level political contacts with Burma and calling on army leaders to immediately release all political leaders, and restore civilian rule. It also placed a travel ban on Burma’s generals.

Locsin has been one of the most vocal in the region in calling for a dialogue to resolve the yearlong crisis in Burma, welcoming a plan for a special ASEAN envoy to travel to the crisis-wracked country next month to initiate a discussion among contending groups.

“The dialogue must include all and not just a select few, most especially it must include Daw Aung San Suu Kyi and President Win Myint,” Locsin told fellow ministers. “It should be a genuine dialogue and not a ventriloquist act.”

The action taken by New Zealand and the Philippines underscores the growing fallout from the Burma crisis into the economic and diplomatic spheres.

ASEAN has increasingly been frustrated over Burma’s noncompliance with a five-step agreement last year, including its refusal to allow the bloc’s envoy to meet Suu Kyi and other detained leaders to start a dialogue. The regional bloc has refused to recognize the military-led administration in Burma and has barred its military-appointed diplomats from attending its meetings since last year.

The deal slashes tariffs on thousands of products, streamlining trade procedures and providing mutual advantages for member nations. Experts expect the deal to boost trade within the region by 2 percent, or $42 billion, and participating countries have expressed hope the initiative would help power their recoveries from the pandemic.