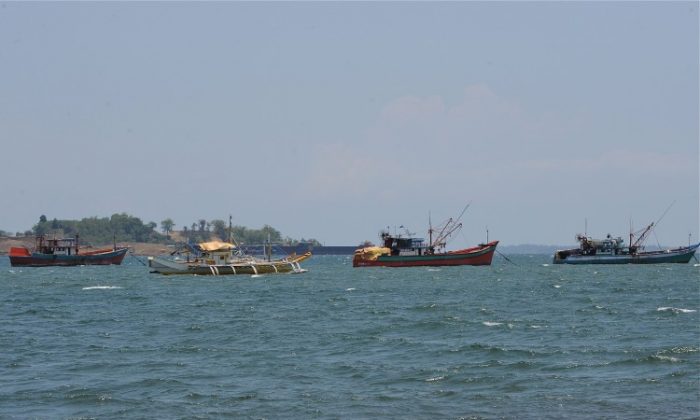 The Chinese regime’s handling of the territorial dispute with the Philippines in the South China Sea has become a political weapon within the divided ranks of the Chinese Communist Party (CCP). A prominent newspaper article on May 15 is the most recent example of Party head Hu Jintao working to turn this foreign policy dispute to his domestic political advantage, according to analysts.

On Tuesday, China’s Liberation Army Daily (LAD) published an article titled “Officers Need to Become Role Models in Considering the Overall Political Situation and Abide by Discipline.” Analysts believe the article serves as a warning to those in the military who remain loyal to Zhou Yongkang. LAD is published by the Central Military Commission, which is headed by Hu.

Zhou leads the faction formerly headed up by Jiang Zemin, called the “blood-debt gang,” because its members are linked by their responsibility for the persecution of Falun Gong. Jiang, the former CCP head, is in a vegetative state.

Zhou himself is embattled. On May 13, the Financial Times reported that Zhou had surrendered power over the Political and Legal Affairs Committee, the Party organ that controls nearly all aspects of law enforcement in China.

The propaganda minister Li Changchun is also part of the blood-debt gang. On May 8, the overseas edition of People’s Daily that he controls published a fiery editorial, “The Scarborough Reef: No Need to Tolerate If It Becomes Intolerable.”

This followed upon a May 7 article in Nanfengchuan magazine, in which Qiao Liang, an anti-American PLA major general, said that the South China Sea issue is a card held in the hands of the United States.

“We should learn from the Americans,” Qiao said, “blow up their embassy and then say it was a mistake.” Qiao was referring to the U.S. bombing of the Chinese Embassy in Belgrade, Yugoslavia, in 1999, during NATO’s efforts to end the Yugoslavian war against Kosovo.

The intent of the People’s Daily article and the Qiao interview was to criticize Hu Jintao’s policy on nationalist grounds.

On May 12, a LAD article criticized those like Qiao who urge a stronger response as “fishing in troubled waters in order to get ahead through chaos.” The article claimed a diplomatic solution was possible in the dispute over the Scarborough Reef and accused provocateurs of wanting to start a war out of anger and to trigger a major conflict with the United States.

The most powerful foe that Hu and Premier Wen Jiabao face in the military regarding the dispute with the Philippines over the tiny island in the South China Sea is Liang Guanglie. The defense minister is an old friend of blood-debt gang member Bo Xilai, the ousted Chongqing Party chief. Liang has urged for a strong line to be taken on the South China Sea conflict.

Epoch Times Columnist Li Tianxiao has written that Liang seeks to gain three things: “First, this can divert Hu and Wen’s attention away from chasing after Bo Xilai and punishing Zhou Yongkong. Second, this allows the Jiang faction to maintain and expand their influence in the military. Third, this can put Hu Jintao into a difficult situation: If Hu does not stress the South China Sea conflict, then this can weaken Hu’s control over the military and mark Hu as bringing humiliation to the country. If Hu gets involved in the South China Sea conflict, then this will weaken and slow down the punishment of Bo Xilai and Zhou Yongkang.”

“Liang Guanglie followed the usual practice in the CCP: Whoever yells the loudest about patriotism and territorial sovereignty has the right to speak and gains authority,” Li wrote. “Liang thought he could strangle Hu Jintao.”

“Liang underestimated Hu. Hu actually used the situation and took the initiative away from Liang. Hu used the Scarborough Reef situation to strengthen his control over the military,” Li wrote. “For this reason, Hu also became very tough regarding the Scarborough Reef conflict. Hu turned the plot to divert his attention to his own advantage, using it to strengthen his own position in the military, using this to set the stage for punishing Zhou Yongkang, attacking Jiang Zemin, and cleaning up the rest of the blood-debt gang.”