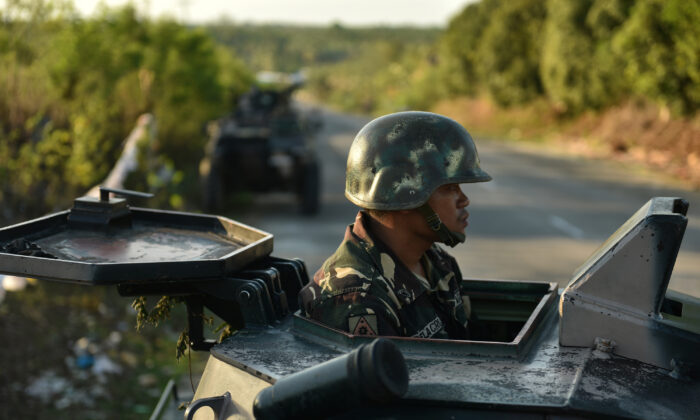 MANILA, Philippines—Philippine troops killed a suspected terrorist and captured another in a brief gunbattle with rebels aligned with the ISIS terrorist group who are blamed for recent bombings in the south, military officials said Thursday.

Army troops and police clashed briefly with fighters of the Daulah Islamiyah group on Wednesday in M’lang town in Cotabato province while searching for the people behind recent bombings believed aimed at extorting money from bus companies and other businesses in the south, military officials said.

Lintukan and Saro are among the suspects in bombings last month of a bus in Koronadal city and a bus parking lot in Tacurong city, army officials said. One person was injured in the Korondal explosion.

“Due to our intensified intelligence gathering, we immediately tracked down those suspects and launched manhunt operations,” said Col. Jovencio Gonzales, a regional army infantry brigade commander.

Despite a 2014 government peace pact with the largest Muslim separatist group and years of military offensives, pockets of armed insurgents, some aligned with ISIS still pose a threat in the south.