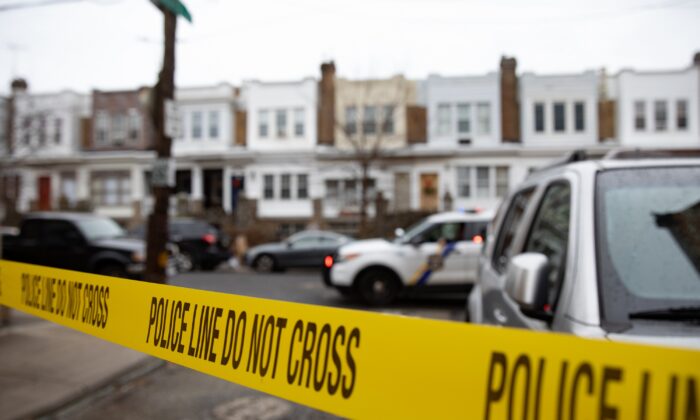 Philippine officials are calling on Philadelphia law enforcement to find those responsible for the fatal shooting of a Philippine government attorney on Saturday as he traveled in an Uber alongside his mother.

John Albert Laylo, 35, and his mother Leah Laylo were in an Uber on their way to the Philadelphia International Airport on Saturday to catch a flight back home to the Philippines after vacationing in the United States.

However, their journey to the airport took a fatal turn when someone from a black vehicle began firing on the Uber vehicle as it stood at a red light. The incident occurred at around 4 a.m. along the 200 block of South 38th Street in University City, according to police.

Laylo was shot in the head and rushed to Penn Presbyterian Hospital, where he was pronounced dead at 10:33 a.m. Sunday. His mother was hospitalized with wounds from shattered glass, according to Philippine Consul General Elmer Cato.

Shortly after the incident, Leah Laylo took to Facebook to confirm her son’s death in a lengthy post alongside photos of the pair.

“My last happy moments with my son Jal who passed away this morning at 10:33 am EST time,” Laylo wrote on Monday. “I thank God for the 35 years of his life. I’m beyond grateful for having a good, smart, generous, loving, caring son these are the adjectives I can think of now. I’m lost of [sic] words!”

“Before he left he made sure we had fun! But never did I imagine or dream that it’s almost the end of our vacation will be like this! We traveled together and we are supposed to go home together! I will bring him home soon in a box!”

Police are still investigating the shooting incident and have not yet made any arrests or recovered any weapons.

Law enforcement officials are currently attempting to retrieve surveillance video from the scene to help identify the vehicle used by the suspect, police said in a statement Sunday night.

The Epoch Times has contacted Philadelphia Police for comment.

In the meantime, Cato has called on the Philippine Consulate General in New York and Philadelphia Police to do everything they can to bring the perpetrator to justice.

Writing on Twitter, Cato said he assured Laylo’s mother the Philippine government will help in bringing his remains back home as soon as possible.

“We are also in touch with police authorities and have underscored the importance of our request for them to bring the perpetrator of this incident to justice,” Cato said in a statement to CBS News.

A statement issued on the website for Central European University, where Laylo studied for a master’s degree in law, confirmed that he was returning from a family holiday in the United States on Saturday when he was fatally shot.

At the time of his death, he was working as a government attorney in the Philippines, according to the website.

“Jal was not only an outstanding student from all perspectives but also a steadfast friend of CEU, both during his studies and after his graduation. Amongst his peers, he was an initiator of various classroom and extra-curricular activities, an understanding friend and a student filled with enthusiasm,” the statement reads. “He was the cohesive force who molded the cohort into the unforgettable group of students they became.”

“CEU grieves with the family and friends of alumnus John Albert Laylo, whose tragic death is a shock to our whole community,” the statement added.

Members of Philadelphia’s Filipino community held a memorial vigil for Laylo on Monday night outside the Penn Presbyterian Medical Center where he died.