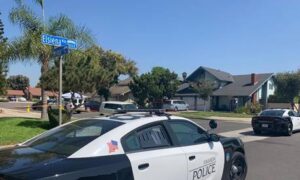 Philadelphia Voters Abolish Board of Revision of Taxes

By Frank Liang
Print
PHILADELPHIA—Philadelphians voted yes on May 18 to abolish the Board of Revision of Taxes (BRT) and move its property assessment function into city government.

The BRT has acted as an independent agency that sets the value of all properties in the city—dictating how much property owners pay in taxes. The current board determines real estate values and hears appeals of those assessments.

Under the new system, the BRT will be abolished and its functions will be split into two parts. One part is an office to determine property values (assessments), and the other is a independent seven-member board to hear assessment appeals.

The impetus for change is linked to a string of reports in the Philadelphia Inquirer ran in early 2009 that detailed decades of gross mismanagement and political dealmaking. Mayor Michael Nutter demanded that all seven members resign, and when they refused, the city administration and City Council began to work toward putting the BRT out of business.

However, according to state law, the City Council can’t abolish the BRT without voter approval.

Five BRT members filed a lawsuit asking the Pennsylvania State Supreme Court to take the question off of the May 18 ballot, claiming the BRT’s power to hear appeals can only be removed by the state general Assembly. The court ruled against them.

On May 13 of this year, Mayor Nutter urged Philadelphians to vote “yes” on May 18 to abolish the BRT.

“Philadelphians deserve a property tax system that is predictable, accurate, and fair,” said Mayor Nutter in an official statement. “By voting “Yes” on May 18, we, as a city, will be taking a huge leap forward in modernizing Philadelphia’s tax structure.”

The changes will go into effect on Oct. 1.