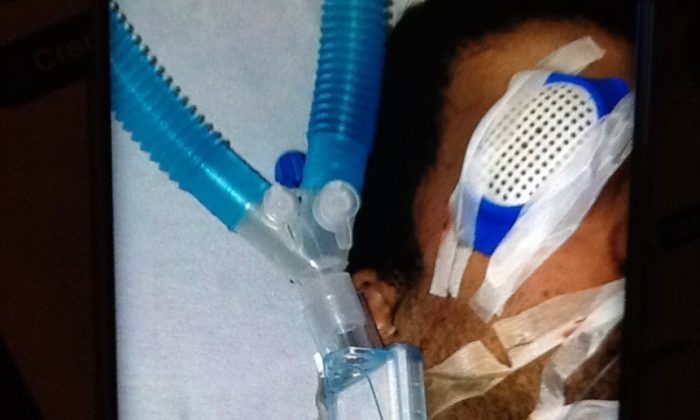 Philadelphia Taxi Driver Gets Shot by Paintball Gun, Goes Blind in One Eye

A Philadelphia cab driver says he can’t perform his job any longer after he was hit by a paintball shot from a paintball gun.

Arshad Khan, 38, told police he was driving in his taxi, waiting at a red light at 16th and Market streets on Dec. 19 shortly after midnight, when a black SUV pulled up beside him.

One of the two men inside whipped out a paintball gun and fired at Khan. When Khan rolled down his window to protest, the man fired again, blinding Khan in one eye.

The suspects fled the scene, while Khan was rushed to Hahnemann University Hospital.

“I lost my eye, I don’t know, and I lost my job and everything, my house, everything. I feel very bad,” Khan told NBC.

“I’m in pain and suffering a lot.”

Khan’s wife has started a GoFundMe campaign, asking for financial help. Khan and his wife have two daughters, one 9 years old and another 9 months old. His wife says she also cannot work much these days due to taking care of her husband and the kids.

Anyone with information on the incident is asked to call the police. No descriptions of the suspects have been released as of yet.