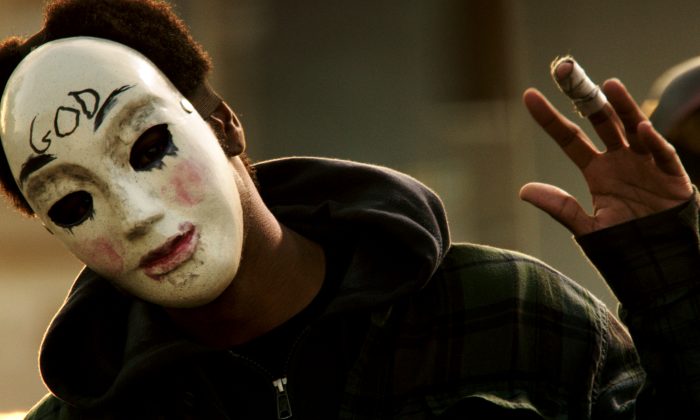 Rumors about a “purge”–based on the movies of the same name–in Philadelphia, Columbus, Oklahoma City, and other cities are just a hoax.

Last week, the rumors went viral on Twitter and other social media sites, saying there would be one in several cities, including Detroit, Louisville, Miami, and Chicago.

It appears that pranksters have taken the same rumor and swapped out the names for Columbus, Ohio; Philadelphia, Pennsylvania; and Oklahoma City, Oklahoma.

There were also “purge” rumors for cities in Wisconsin.

According to Philly.com, it’s just a hoax. “As you may have noticed by now, the Internet is a pretty dumb place. So dumb, in fact, that people believe there will soon be real-life “purges” coming to many major U.S. cities this week—Philly included. So much for information accessibility breeding a more informed populace,” writer Nick Vadala says.

“The Purge” and its sequel “The Purge: Anarchy” posit a futuristic America where a 12-hour period allows residents to commit any crime with impunity. People rob, murder, and commit other crimes as a result.

A flier was being circulated saying that on Aug. 22, there would be a “purge” in Los Angeles, New York, and San Diego also.

Last week’s “purge” fliers turned out to be a viral hoax started by a high school student in Louisville, according to local reports. The “Chicago purge” was also created by a “satire” website that publishes only fake news.

NBC News also notes that police will “remain vigilant” in Philadelphia. They received no credible reports that a “purge” would take place on Friday night.

Here’s what Snopes.com said about last week. “Police later confirmed a juvenile’s link to online “Purge” fears, noting that he had not been charged but they were continuing to investigate,” the site says. While police took Purge rumors seriously in Louisville, local media and sources within the Louisville Metro Police Department agree that weekend criminal activity was quite average.”