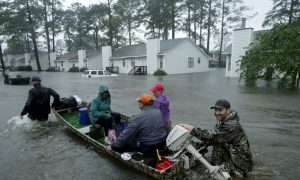 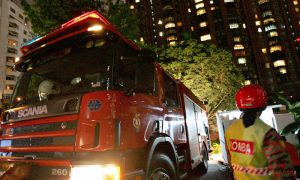 File photo of a police car. (Pixabay)
Crime and Incidents

A Philadelphia police officer is recovering in hospital after he was pulled from the wreckage of his cruiser on Dec. 27, mere moments before the vehicle burst into flames.

Officer Matthew Smyth, a nine-year veteran of the Philadelphia Police Department, was on patrol in a North Philly neighborhood, FOX29 reported, when he heard gunshots.

Smyth attempted to respond when he collided with a bridge support, sustaining serious injuries.

A bystander was shooting video moments before the crash and continued to record as the officer was pulled from the cruiser while it exploded into flames.

“Yo, the car is on fire! Get him out! Get him out!” someone is heard yelling in footage of the chaotic scene.

A nine-year veteran of the Philadelphia Police Department was saved from a wreck Thursday night, moments before his patrol vehicle exploded into flames. https://t.co/WE7OFt2f6R

Alex Ruffin, who captured video of the incident, told WPVI-TV that he heard the impact and saw “smoke and lights and everything” as he ran to see if he could help. The video shows several police officers already at the scene, as the 31-year-old Smyth remains stuck in his badly damaged patrol car.

Ruffin told WPVI-TV that Smyth repeatedly asked for something to drink.

“He was semi-conscious. He was doing a lot of moaning. He had a gash in his head he was asking people for a cup of water, a bottle of water,” said Ruffin.

Fellow officers rushed to extract the badly injured Smyth from the vehicle, as flames move through the wreckage.

“I was just in shock. I was shaking,” Ruffin told NBC news.

Philadelphia Police Capt. Sekou Kinebrew told ABC6 that Smythe “heard gunshots and was trying to get to the location to where he thought the shots were coming from.”

Smyth’s parents spoke to ABC6 reporters outside of Temple University Hospital, where he was rushed after the crash. They said their son was expected to make a full recovery despite sustaining extensive injuries.

“He does have a fracture of the cervical spine but there’s no paralysis, which is great,” said Nancy Smyth, the patrolman’s mother. “There is a hip fracture, minor that they’re still dealing with and the significant head gash.”