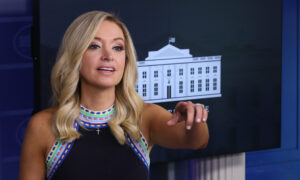 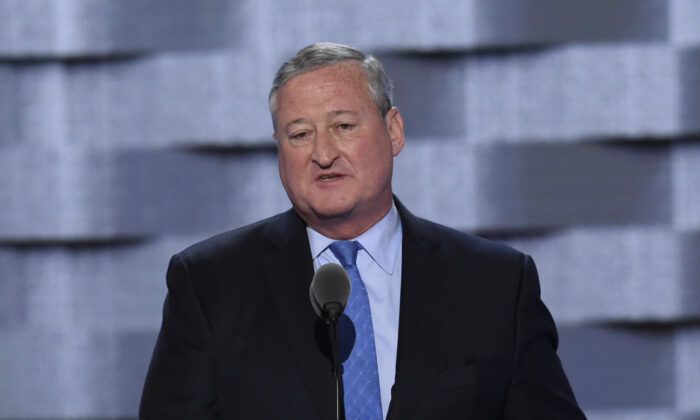 Jim Kenney, Mayor of Philadelphia, speaks at an event in Philadelphia, Penn., on July 25, 2016. (SAUL LOEB/AFP via Getty Images)
2020 Election

Philadelphia Mayor Jim Kenney urged residents to be patient in the wake of Tuesday’s vote, warning that it will take several days after Election Day to count all the mail-in ballots.

Kenney, in an open letter jointly authored by Lisa Deeley, chair of the Philadelphia City Commissioners, told residents that the city expects a historic number of mail ballots and that elections officials are, by law, unable to start opening and counting them until Election Day.

“That means getting a tally of mail-in ballots will easily take several days,” Kenney and Deeley wrote, adding, “This may determine the outcome in Philadelphia, and in the Commonwealth as a whole. So, again, please be patient.”

Kenney and Deeley said that, in a bid to provide an accurate vote count amid the surge in mail-in balloting, elections officials “have set up a tremendous, secure facility at the Convention Center to process and count mail-in and absentee ballots—more than 400,000 at last count.”

Amid the unprecedented surge in mail-in voting amid the outbreak of the CCP (Chinese Communist Party) virus, both the campaigns for President Donald Trump and Democratic nominee Joe Biden have readied legal teams in case disputes over counting or excluding ballots end up in court.

In Pennsylvania, the deadline for receiving and counting absentee ballots is Friday, an extension ordered by the state’s top court. The Supreme Court left that order in place in response to a Republican effort to block the extension. But several conservative Supreme Court justices indicated they’d be open to taking the issue up after the election, especially if those late-arriving ballots could mean the difference in Pennsylvania, a key battleground state. Ballots postmarked on or before Election Day, but received afterward, will be kept separate from the rest in case of renewed court interest.

Analysts expect record turnout in this general election. At least 94 million people, or 68.2 percent of the total 2016 turnout, have already cast ballots in person or through the mail, according to the Elections Project.

Michael McDonald, Professor of Political Science at University of Florida, said in a statement that he estimates around 100 million early votes will be cast by the time reports are processed on Tuesday.

“It is also likely reports by Tuesday morning will fail to capture all of the pre-election voting activity since there are sporadic reports of election officials experiencing delays in processing the unprecedented number of mail ballots,” he noted, adding, “Furthermore, many states continue to accept mail ballots if they are postmarked on or before Election Day.”