Philadelphia Baby Attacked by Raccoon to Get New Home After Donations, Says Family 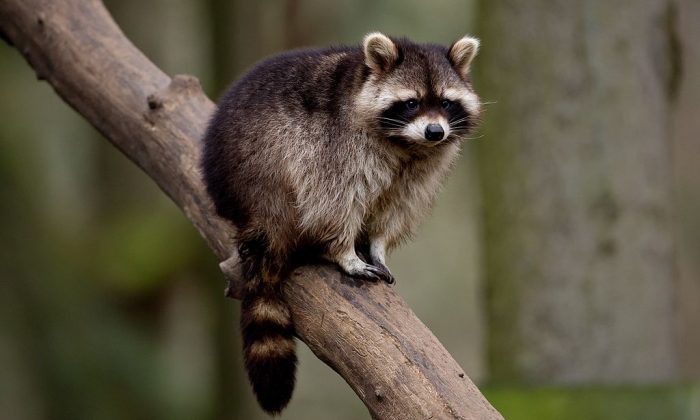 A raccoon is seen in its enclosure at the Schwarze Berge wildlife park in Hamburg, northern Germany (SVEN HOPPE/AFP/Getty Images)
By Epoch Newsroom

A four-month-old child was attacked by a raccoon inside the family’s Philadelphia home earlier this week. Now, several days later, the attack has spurred a generous outpouring of donations to the family.

Journi Black, a girl, was mauled and dragged by a raccoon in an apartment after it got inside.

Journi’s uncle, Kenneth McDuffie, told Philly.com on Christmas Eve that the large number of donations will allow the family to get another home to prevent another raccoon-involved incident.

“It will be safe. It will be secure. It will be wildlife- and rodent-free, a place where they are comfortable and they are safe,” McDuffie told Philly.com. “We can’t always predict what is going to happen in the future, but we want to make sure that [Rodgers] and her family are safe.”

Many people made donations via GoFundMe after a page was set up for the family. More than $20,000 has been donated in the 3 days since it started.

“My daughter was laying on the bed sleeping and I went to take my son to the bathroom,” Ashley Rodgers, the mother, told CBS Philly. “We heard a sound upstairs and we see a raccoon run down the steps.

“When I finally got to her, she was laying on the floor so it had dragged her off the bed, across the room, and she was bleeding and crying and her whole face was red,” the mother said.

The child was rushed to a hospital, where she got 65 stitches to her face. The child’s recovery could take as long as a year, officials told CBS Philly.

A four-month-old baby had to undergo surgery after being attacked and dragged by a raccoon inside a Philadelphia home https://t.co/2rxn9jD2NT pic.twitter.com/5coo2xLzy6

The city’s Licenses and Inspections Department told the CBS affiliate that the landlord shouldn’t have a rental license. Tenants—including Rogers—also complained about a raccoon infestation.

“It needs to be shut down. Everybody needs to leave out of there,” Rodgers said.

“It is his (the landlord’s) responsibility. There’s no reason an animal should have gotten into the house with minors,” Samuel Black, the girl’s dad, told the outlet.