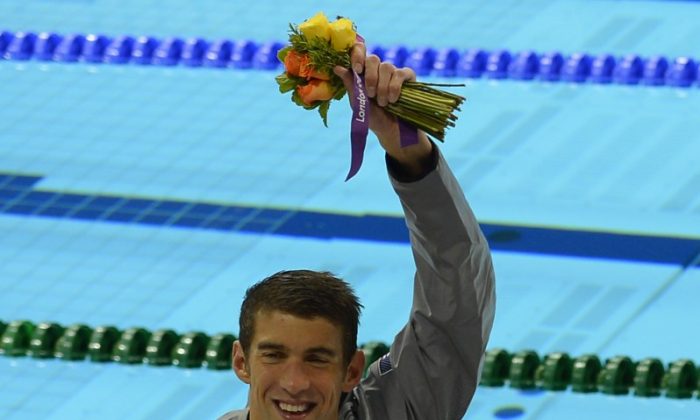 Michael Phelps has done it again.

After his incredible record-breaking performance in Beijing four years ago where he won gold in all eight races, Phelps began his London performance in lackluster fashion. On Tuesday however, he took silver in the 200-meter butterfly and grabbed gold in the 4×200-meter freestyle to set another Olympic best—19 career medals.

The record edges past Russian gymnast Larysa Latinina who won 18 medals (including nine gold) between 1956 and 1964. Phelps’s haul now includes a record 15 golds (no one else has more than 9) to go along with a pair of silver and bronze medals.

“The biggest thing I’ve always said is, ‘Anything is possible,'” Phelps said late Tuesday night, according to NBCOlympics.com. “I’ve put my mind on doing something nobody has ever done before and there is nothing that was going to stand in my way …”

Phelps’s history-making day started with possibly his most dominant event—the 200-meter butterfly. The 27-year-old Phelps, who owns the world record in the event and has not lost it in a major international event since the 2002 Pan Pacific championships in Japan, was placed in lane six.

Though he led nearly the entire way, Phelps lost his lead in the last few feet, getting caught between strokes at the wall and finishing second by 0.05 seconds to South Africa’s Chad le Clos who turned in a time of 1:52.96.

Though not a gold, the silver medal for Phelps tied him with Latinina with 18 medals.

Undeterred by his disappointing butterfly performance Phelps, an hour later, garnered his 19th medal by swimming the anchor leg of the 4×200-meter freestyle, winning gold by a comfortable margin of 3.07 seconds. Phelps’s split of 1:44.05 was the fastest of the Americans, which posted an incredible 6:59.70.