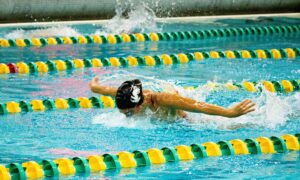 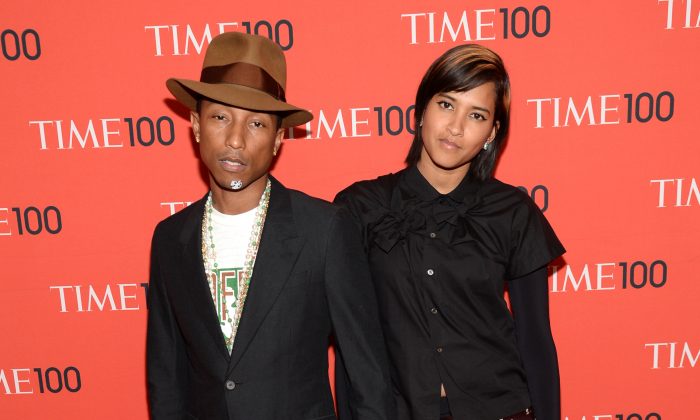 Pharrell Williams is indeed married–to his longtime partner model and designer Helen Lasichanh, age unknown–and they have a son, Rocket Man Williams, who was born in November 2008.

The “Rocket Theme” for “Despicable Me” was written in honor of Rocket Man.

Songs for “Despicable Me 2” included “Happy,” which was nominated for the Oscar for Best Original Song–though it lost to “Let It Go” from “Frozen.”

Williams is a frequent collaborator with other artists, contributing tracks to their albums. He said recently that he would love to collaborate with Katy Perry, who his son is a big fan of.

Despite his skyrocketing fame–“Happy” and another song, “G.I.R.L” have been among the top tracks worldwide, including on iTunes, recently–Williams recently said on a daytime show in Australia that he and his wife like to keep a low profile.

They prefer not to go to a lot of parties, he added.

“We appreciate our privacy but at the end of the day we’re normal people, when I’m not working we’re homebodies and Helen’s my best friend,” he said. “We spend more time jumping on the bed than we do out partying, clinking glasses. That’s fun but I think there’s just so much more to the work we’re doing right now.”