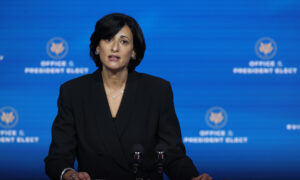 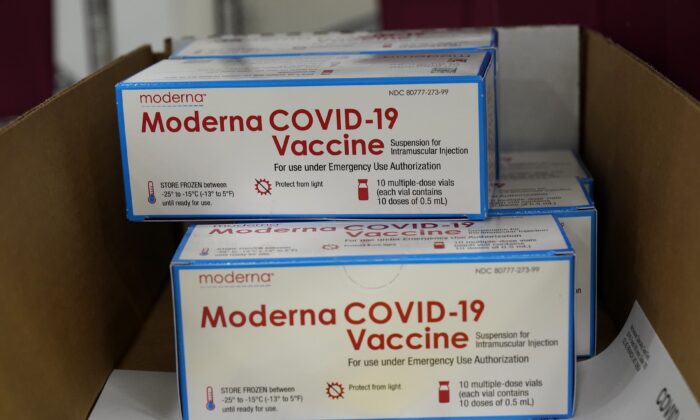 Boxes containing the Moderna COVID-19 vaccine are prepared to be shipped at the McKesson distribution center in Olive Branch, Miss., on Dec. 20, 2020. (Paul Sancya/AP Photo, Pool)
Crime and Incidents

A Wisconsin pharmacist accused of trying to spoil 57 vials of the Moderna CCP (Chinese Communist Party) virus vaccine agreed to plead guilty in federal court and now faces 20 years in prison, according to the prosecutors.

Steven Brandenburg, 46, of Grafton, is charged with two counts of attempting to tamper with consumer products. Each charge carries a maximum sentence of 10 years and a $250,000 fine. Brandenburg was initially charged with attempted misdemeanor property damage but prosecutors warned more serious charges could follow if tests showed the doses were ruined.

He was arrested on Dec. 31 as part of an investigation into how dozens of vials of the vaccine were left outside a refrigerator. The vials contained enough dozes to vaccinate more than 500 people.

“Tampering with vaccine doses in the midst of a global health crisis calls for a strong response, as reflected by the serious charges the United States has brought today,” Acting Assistant Attorney General Brian Boynton of the Department of Justice’s Civil Division said in a statement.

According to court documents, Brandenburg believed that the vaccines could mutate recipients’ DNA.

Johns Hopkins University, in a December news release, stated that some people may have to deal with side effects from the vaccine.

“Side effects may vary with the type of COVID-19 vaccine. We know the most about side effects following vaccination with the Pfizer and Moderna messenger RNA—or mRNA—vaccines,” the university said, adding, “Side effects include fatigue, headache, muscle aches, chills, joint pain, and possibly some fever.”

Brandenburg told a detective that he took the vials out of the refrigerator for three hours on Dec. 24, according to the criminal complaint. He took them out again the next day believing the vaccine would become ineffective if it wasn’t refrigerated for 12 hours. A pharmacy technician found the vials and put them back in the refrigerator after nine hours.

Adam Gerol, Ozaukee County district attorney, said in a statement it “was necessary to bring an appropriate level of prosecution and punishment to this case” in federal court, and “the facts of this incident simply didn’t fit a charge provided for by Wisconsin law.”

A sentencing hearing has not been scheduled.