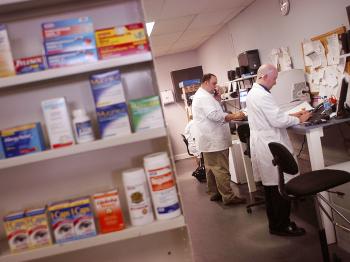 By Heide B. Malhotra
Print
WASHINGTON—To beat the financial crisis, experts say that many big pharmaceutical firms are seeking to collaborate or merge their businesses to better develop and market new blockbuster drugs.

The patents for Lipitor, a top selling drug produced by Pfizer Inc., is due to expire in 2010. Lipitor is a prescription drug that treats conditions related to heart disease such as high cholesterol.

In 2012, a number of drugs are going off patent, including Crestor from AstraZeneca Plc, and the hypertension drug Diovan from Novartis AG, according to Seeking Alpha, a market analysis Web site.

PwC cites research firm Sanford C. Bernstein in its Pharma 2020 report indicating that pharmaceuticals will face revenue losses between 2 to 40 percent from expiring drug patents. Furthermore, less than 50 percent of the large firms have any drugs in the pipeline that are promising enough to compensate for these revenue losses.

So far, no blockbuster drugs have been announced, and the scramble by smaller competitors to get generic versions of those popular drugs ready to hit the market is at an all-time high.

“If the leading pharmaceutical companies cannot change their business models rapidly, other firms may ultimately feature more prominently on the health care scene than they themselves,” PwC warns the pharmaceutical global players in a press release.

Merck & Co. Inc. and Schering-Plough recently agreed to merge, unanimously approved by Merck’s board of directors in March 2009 at a cost of $41.1 billion. The company expects cost savings of $3.5 billion during the first few years of combined operations.

The merger will “benefit from a formidable research and development pipeline, a significantly broader portfolio of medicines, and an expanded presence in key international markets, particularly in high growth emerging markets,” Richard T. Clark, chairman, president and CEO at Merck, said in a statement.

Pfizer announced an acquisition of rival Wyeth in a cash-and-stock transaction valued at $68 billion earlier this year.

“If Pfizer had not done this merger, they would have been in deep trouble because they would have lost one quarter of their revenue in two years [from] Lipitor. From Wyeth's [perspective], there is also an opportunity, because … they have all these potential liabilities,” Jagmohan Raju, professor at the University of Pennsylvania, rationalized in a recent Knowledge@Wharton (KW) article discussing the merger.

In March, Swiss pharmaceutical giant Roche Holding Ltd. purchased Genentech Inc. for $47 billion and notified investors that the company would no longer be listed on the New York Stock Exchange.

Experts suggest that there will be more mergers and larger pharmaceuticals will gobble up mid-size to smaller companies to make up for lost sales revenue from patent expirations.

“The general idea that bigger is better—and that, by being bigger or even more diversified, there is going to be benefit here—is more dubious as we look at past experience,” Professor Patricia Danzon cautions in the KW article.

“Even the largest pharmaceutical companies will soon need to step outside their sector and collaborate with other organizations,” PwC suggested in its report.

AstraZeneca collaborated with 1,000 firms worldwide to develop pharmaceutical products. In June, it partnered with POZEN Inc., based in Chapel Hill, N.C., to bring a new arthritis drug to the market.

“Within AstraZeneca, externalization is a long-term commitment to step up our access to the world of scientific innovation outside our laboratories,” AstraZeneca announced on its Web site.

PwC advocates that pharmaceutical companies team up with research firms, universities, laboratories, clinics, hospitals, public health agencies, and even with those distributing pharmaceutical products to recognize new trends, find new technologies, and to truly develop products beneficial to the public.

“In the future, collaboration will be a ‘do or die’ requirement for pharmaceutical companies and health care payers alike,” Jo Pisani, partner at PwC, said. “Big Pharma’s traditional fully-integrated business model enabled it to ‘profit alone’ successfully for many years. The top companies saw their market value soar 85-fold between 1985 and 2000. But this model is now under huge pressure and if not already broken is predicted that by 2020, will not work.”

The KW professors suggested that research and development (R&D) funds had dried up in the past, so no groundbreaking products were able to hit the market. This does not represent an end to innovation, only a slow down. However, the experts are a little concerned, as many researchers and other valued experts might “jump ship,” especially as everyone is slightly out of sync because of cost-cutting efforts that follow any merger.

PwC advised that R&D has to change drastically as present research is inflexible. Cost has to come down and time has to be shortened. Clinical trials are generally on large populations, which defeats the purpose, as "Doctors don't treat populations, they treat individual patients," PwC said in one of its reports.

On the other hand, European companies are closing the gap when it comes to R&D. Also, pharmaceutical companies are weathering the financial slump better then companies from other industries and still have sufficient funds to speed up R&D.

Although there are funds available for R&D, the industry is faced with a declining expert population. Universities in Europe and the U.S. are awarding fewer natural sciences and engineering doctorates, a must for pharmaceutical research.

"The promised land in pharmaceuticals was 10 years ago. Until we see a major technological breakthrough in pharmaceutical development, for now, it's all about working what you have," KW quoted an analyst’s remark, published in the Philadelphia Inquirer.