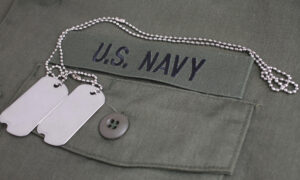 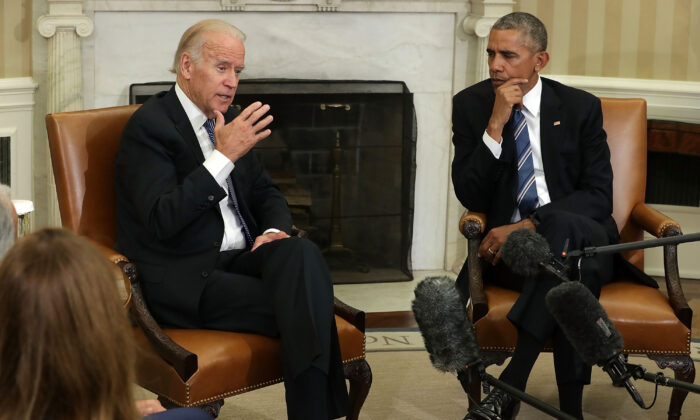 Middle East scholar Walid Phares warns in his latest book, “The Choice: Trump vs. Obama in U.S. Foreign Policy,” that a Biden presidency means a return to the disastrous foreign policies of the Obama administration.

His book offers a clear reminder that the difference between Joe Biden’s policy preferences and those of the Trump administration is like “night” and “day.” Phares offers an incisive view of the nuances and differences between the Biden and Trump worldviews in the book.

Phares was the first nationally known foreign-policy expert to endorse Trump and to work on his campaign. Biden means to return American foreign policy to the Obama years when the Muslim Brotherhood and Iran’s mullahs set the agenda for U.S. foreign policy in the Middle East.

Trump represented a break from the foreign policy orthodoxy. He broke from Barack Obama’s strategy of appeasing Iran’s mullahs. Phares notes in his book that this resulted in policies that discriminated against indigenous Christian groups across the Middle East, which Trump worked to correct.

The Obama-Biden administration adopted a policy of dithering toward threatened Yazidis and liberals to avoid upsetting the Muslim Brotherhood. Iran’s reformist Green Revolution was dismissed. Copts were dismissed, as were Syriac and Chaldean Christians.

On the ISIS terror group, the Obama-Biden administration chose to wage a bureaucratic and ineffective campaign that gave Iranian-controlled Shiite militias free rein in Iraq and Syria. It also fruitlessly attempted to replace ISIS with Muslim Brotherhood-influenced or -controlled militias that frequently aligned themselves with al-Qaida. This strategy accomplished nothing other than failure. The Assad regime remained in place; Russia and Iran’s Shiite militias increased in power.

Phares contrasts this with Trump’s strategy of using Kurdish militias to decisively obliterate the ISIS caliphate.

He notes that Trump’s announcement in his April 2016 speech at Washington’s Mayflower Hotel that he wanted to take down the Iran nuclear deal marked a “crossing of the Rubicon,” from which there could be no return. This ensured that those who have vested political and financial interests in the deal would come gunning for Trump, Phares wrote.

Phares saw a financial bridge between Tehran and the European Union, headquartered in Brussels, and Democrats in Washington. Trump got in the way, which produced a “tsunami of anger” against him from Europe.

“The pre-election resistance, I believe, simply came about because the Trump team was serious about containing Iran and dismantling ISIS and was considering changing the Obama policy regarding radical Islamists and the Brotherhood,” Phares wrote.

He dismisses claims that Trump is hostage to “Islamophobia” as nonsense, pointing to the widespread support that Muslims opposed to political Islam have given him and his policies.

Phares notes that Obama and Biden shattered the norms for peaceful transitions between administrations by first spying on Trump’s campaign and then on the Trump transition team.

As we’ve seen recently, Biden plans to return the same people responsible for these policies to lead key posts in the federal government. The appointment of Gen. Lloyd Austin as secretary of defense stands as a reminder of the failed policies of the Obama-Biden administration. Austin oversaw the failed train-and-equip program that saw $500 million in taxpayer dollars spent to train “four or five” Syrian Islamist rebels to fight ISIS.

Under Obama and Biden, the symbolic Iran nuclear deal took center stage. It bled into the Obama-Biden administration’s treatment of the Kurds and their opposition to Iraqi Kurdish independence in the wake of the defeat of ISIS.

Phares alleges the Russiagate allegations against the Trump administration aimed to distract it from uprooting support for the Iran nuclear deal. Elimination of former Defense Intelligence Agency Director Lt. Gen. (ret.) Mike Flynn from his post in the White House as national security adviser in the wake of Russia allegations gravely damaged the administration’s effort.

He theorizes that Trump’s desire to uproot the Iran deal led pro-Obama bureaucrats to spy on Trump’s campaign and to put the Russian allegations in motion.

“Some might propose that the Russia charge was simply a convenient narrative under which the opposition targeted President Trump to prevent his administration, especially General Flynn, who then was the national security advisor, from uncovering the real structure behind the deal,” Phares wrote.

Phares contends that Trump’s administration brought numerous successes on the foreign-policy front. These include the elimination of ISIS’s self-proclaimed caliph Abu Bakr al-Baghdadi, designation of Iran’s Islamic Revolutionary Guard Corps as a terrorist entity and the elimination of its leader Gen. Qassem Soleimani, and his meeting with North Korean leader Kim Jong Un that resulted in a moratorium on North Korean nuclear tests and missile tests among others.

He predicts that a Biden win means a return to the same failed policies that typified Obama’s eight years in office, managed by the same cast of characters who were responsible.