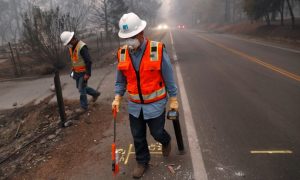 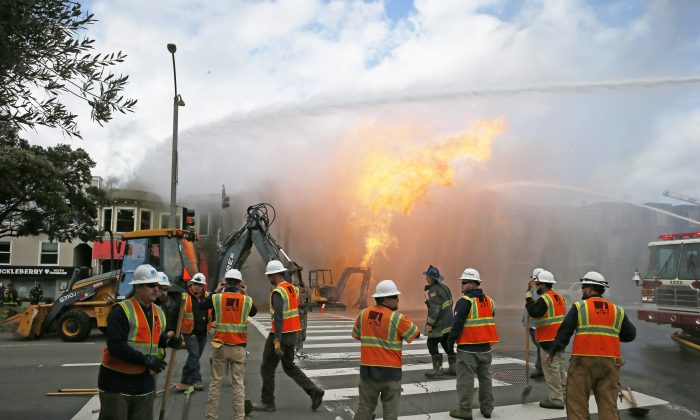 PG&E warned customers on Saturday, Sept. 21 that it may turn off power in six Northern California counties on Monday and Tuesday as a public safety precaution to help reduce the risk of wildfire.

Customers in Butte, El Dorado, Nevada, Placer, Sutter, and Yuba counties could be affected by the power shutdown, the company said.

“The safety of our customers and the communities we serve is PG&E’s top priority. We know how much our customers rely on electric service and would only consider temporarily turning off power in the interest of safety when gusty winds and dry conditions, combined with a heightened fire risk, threaten a portion of the electric system serving your community,” Sumeet Singh, PG&E vice president of the Community Wildfire Safety Program, said in a statement.

A Red Flag Warning was also issued by the National Weather Service for critical fire weather conditions in the Sacramento Valley for Monday through Wednesday, with wind gusts expected up to 40 mph and low humidity.

For updates on the Public Safety Power Shutoff, the company asked customers to go to pge.com/pspsupdates to find the potential impact on their home by looking up their address with a search tool.

Failures of PG&E equipment have been blamed for causing many of the blazes. The settlement is expected to cover about 85 percent of the claims from the wine country fires and Camp Fire, which killed more than 80 people and gutted the town of Paradise last November.

“Today’s settlement is another step in doing what’s right for the communities, businesses, and individuals affected by the devastating wildfires,” Bill Johnson, CEO and President of PG&E Corporation said in statement issued Sept. 13.

“As we work to resolve the remaining claims of those who’ve suffered, we are also focused on safely and reliably delivering energy to our customers, improving our systems and infrastructure, and continuing to support California’s clean energy goals. We are committed to becoming the utility our customers deserve.”

The insurance companies said in a separate statement that the $11 billion settlement falls significantly short of the amount they had sought. However, it’s more than PG&E had originally offered.

“While this proposed settlement does not fully satisfy the approximately $20 billion in group members’ unsecured claims, we hope that this compromise will pave the way for a plan of reorganization that allows PG&E to fairly compensate all victims and emerge from Chapter 11 by the June 2020 legislative deadline,” the insurers said in the statement.

On Sept. 19, a committee representing fire victims in PG&E’s bankruptcy said in a court filing that it would offer a $24 billion reorganization plan that would provide a “comprehensive settlement” for all recent California wildfire claims against the utility, according to Reuters.

PG&E proposed a reorganization plan with $17.9 billion dedicated to claims on Sept. 9. The company is under pressure to wrap up court proceedings and finalize the plan by the end of June 2020 in order to access a $21 billion state wildfire fund created in mid-July.

While the $11 billion settlement with insurers moves PG&E closer to the end of its bankruptcy case, the company has yet to settle claims from wildfire victims, whose lawyers have accused the utility giant of putting the financial interests of insurers before those of families devastated by the fires.

“PG&E is taking money out of the pockets of people whose homes and businesses it burned down and handing the money to insurance companies to buy their cooperation. This settlement violates the rights of the victims under California law to be compensated first. The settlement shows that PG&E puts victims’ needs last,” Cecily Dumas of law firm Baker & Hostetler told the Wall Street Journal. Dumas is one of the lead lawyers representing fire victims in the bankruptcy case.

Earlier this month, San Francisco announced a bid to buy PG&E’s electricity infrastructure serving the city for $2.5 billion, but the company promptly rejected the city’s offer, reportedly saying that selling off the assets to San Francisco would not be in the best interests of PG&E customers and stakeholders. The city has been eyeing PG&E’s assets ever since the company filed for Chapter 11 bankruptcy in January.