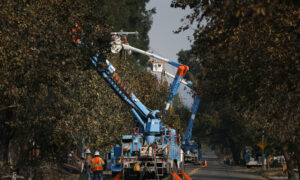 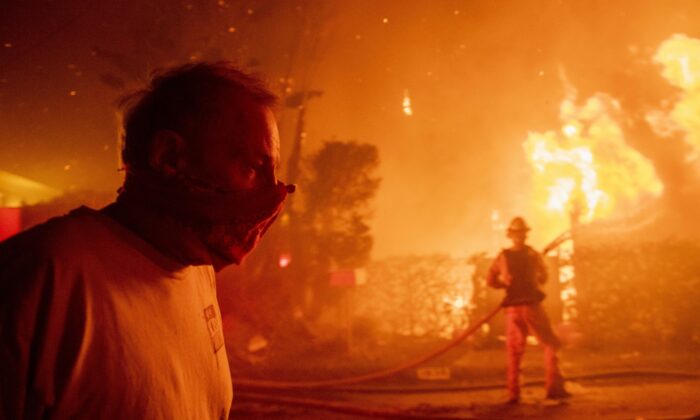 PG&E Corp. creditors say the utility could wind up paying bankers and certain stock owners $1 billion in fees for arranging a bankruptcy exit plan that wildfire victims say favors Wall Street over burned-out neighborhoods.
The estimates came in court filings from Alan Stone, an attorney for the official committee of unsecured creditors, who said in a Nov. 4 letter that the bill could total $900 million and asked for justification. Another estimate from David Richardson, a lawyer for the official fire victims committee, said the fees could top $1 billion, with the bulk going to equity holders who help with the financing.

The fees are part of the utility’s proposed financing package that seeks to raise $14 billion by selling new stock and another $34.4 billion to refinance old debt. In some scenarios, PG&E would still have to pay fees even if its plan is never implemented, court documents showed.

What’s more, the refinancing proposal would use so-called bridge loans, which must be replaced in just one year, requiring yet another round of fees, according to a PG&E court filing. The fees would come on top of bills for advice from lawyers, bankers and restructuring experts working with PG&E and its creditors, which Bloomberg previously reported could surpass $400 million.

None of this is illegal or underhanded; fees for raising money are customary parts of unraveling a big U.S. business failure. But the sums ultimately could leave less money available to pay fire victims and cleanup costs.

“The PG&E case is uncommon though, not just for its size and the number of people affected, but because it has so many large moving parts, some of which will collide at times,” said Bruce Grohsgal, a bankruptcy professor at Widener University’s law school in Delaware. Unusual elements include the impact on millions of people, and the involvement of the state’s governor, Grohsgal said.

U.S. Bankruptcy Judge Dennis Montali has delayed a hearing about the package, including the proposed fees, until at least Nov. 19 after the creditors complained that they need more information to prepare their opposition. The San Francisco-based utility has to get Montali’s approval to move ahead with its reorganization plan, which faces a competing proposal from bondholders.

The company “must provide evidence of good and sound business reasons for the proposed transaction,” Stone wrote to Montali. The committee Stone represents has not yet taken a position on the financing plan.

PG&E mentioned the fees in an Oct. 23 court filing laying out the financing package, without saying what the maximum would be. But if the one-year, $34.4 billion debt package was fully drawn, the banks alone would earn $210 million, plus other unnamed fees, PG&E said.

The cost of all the various fees “is comparable to, or less than, those charged in other large, complex bridge financing transactions over the last five years,” the company said in court papers.

The equity investors, meanwhile, would get fees in return for committing to provide the $14 billion PG&E is trying to raise through an offering of new shares.

Company officials declined to elaborate. A spokesman for California Governor Gavin Newsom didn’t respond to a request for comment. Newsom has said that if PG&E and its creditors cannot come to terms on a reorganization plan, California will step in and restructure the company itself.

Under the proposal, the banks backing the financing plan can keep some of the fees, even if they never actually loan PG&E any money. Those so-called commitment fees were necessary to persuade the banks to do the work of lining up $34.4 billion in new financing, PG&E said in court papers.

PG&E would likely pay some of the fees even before the utility learns whether Montali will approve its reorganization plan or a competing proposal. Noteholders, including Pacific Investment Management Co. and Elliott Management Corp., are pushing a rival reorganization that would leave little or nothing for shareholders.

The bank fees were laid out in letters filed under seal. Such letters are heavily redacted or otherwise kept out of the public view in most corporate bankruptcies. Banks consider certain of their costs proprietary and fight to keep them confidential in bankruptcy cases.

In the PG&E court filing, the publicly disclosed fees are listed as percentages of the money raised in the financing package. For example, investors who have agreed to help provide the $14 billion in new equity will receive so-called commitment premiums that start at less than 1% and then rise to 2.5% over time.

For arranging one-year loans of $34.4 billion, the banks will collect various fees including “ticking fees” of 0.3% of any undrawn loans and “duration fees” ranging from 0.5% to 1% of the outstanding principal. Those numbers are included in PG&E’s exit financing proposal.

“The fees for this unnecessary financing could exceed $1 billion, and would be paid primarily to the debtors’ equity holders,” wrote Richardson, the lawyer for the official tort claimants committee, which represents wildfire victims, in a Nov. 4 letter. He said the committee plans to oppose the financing package.