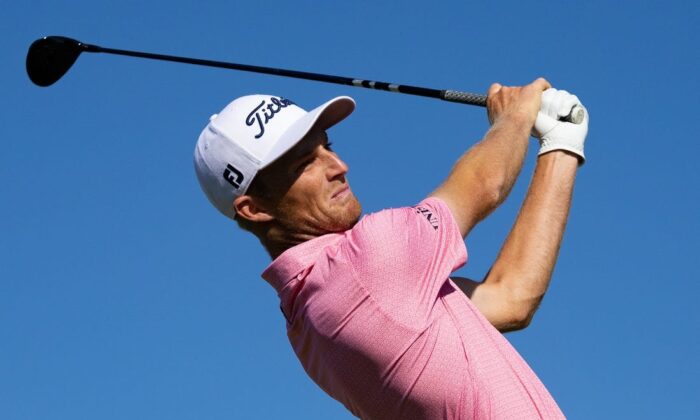 Will Zalatoris plays his shot from the tenth tee during the first round of the BMW Championship golf tournament in Wilmington, Delaware, Aug 18, 2022. (Bill Streicher/USA TODAY Sports via Field Level Media)
Golf

PGA No. 3 Will Zalatoris Withdraws From Tour Championship With Herniated Disks

Will Zalatoris withdrew from the Tour Championship at East Lake Golf Club in Atlanta with a back injury that also will keep him from participating in the 2022 Presidents Cup next month.

Zalatoris, currently No. 3 in the FedEx Cup playoff standings, withdrew from last week’s BMW Championship in the third round.

“After Will’s withdrawal from the BMW Championship on Saturday, his medical team determined that the source of his back pain is two herniated discs. Unfortunately, this means that Will is unable to play this week at the TOUR Championship,” said Allen Hobbs, Zalatoris’ agent.

“He is also very disappointed that he will not have the opportunity to play in next month’s Presidents Cup, where he was hoping to play for Captain Love and represent the United States. Will would like to thank his fans, sponsors, the (PGA) Tour, and his team for all of their support. He is fully focused on getting healthy and back onto the course as soon as he is able.”

Playing the third hole Saturday, Zalatoris noticeably tweaked his back. He tried to continue, with stretching and a trainer visit, but withdrew after the fourth hole while just four strokes off the lead.

Zalatoris, 26, was slated to start at East Lake three strokes behind Scottie Scheffler in the Starting Strokes format.

He won his first tour title earlier this month and would finish 30th in the FedExCup if all 29 other qualified golfers complete 72 holes this weekend.